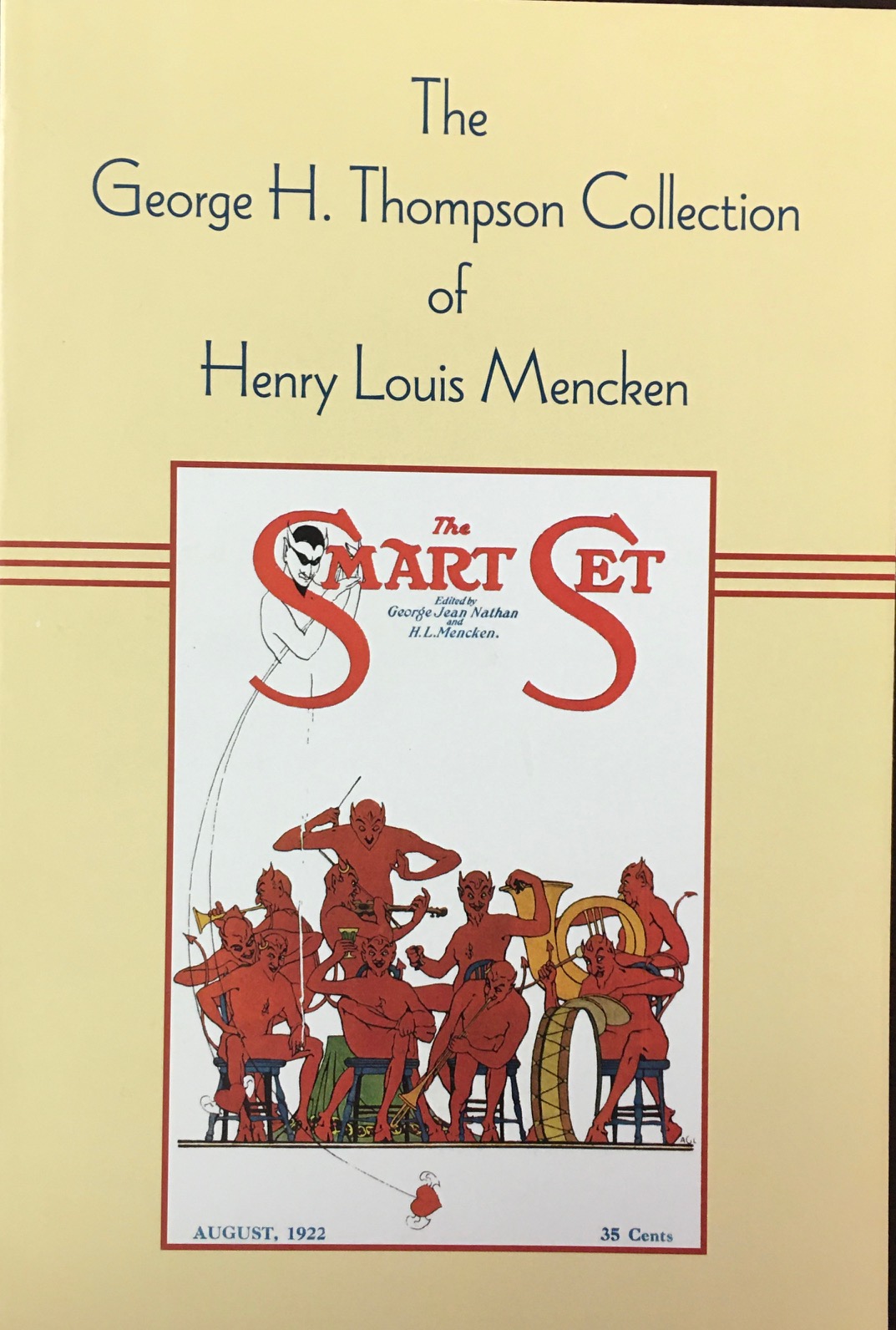 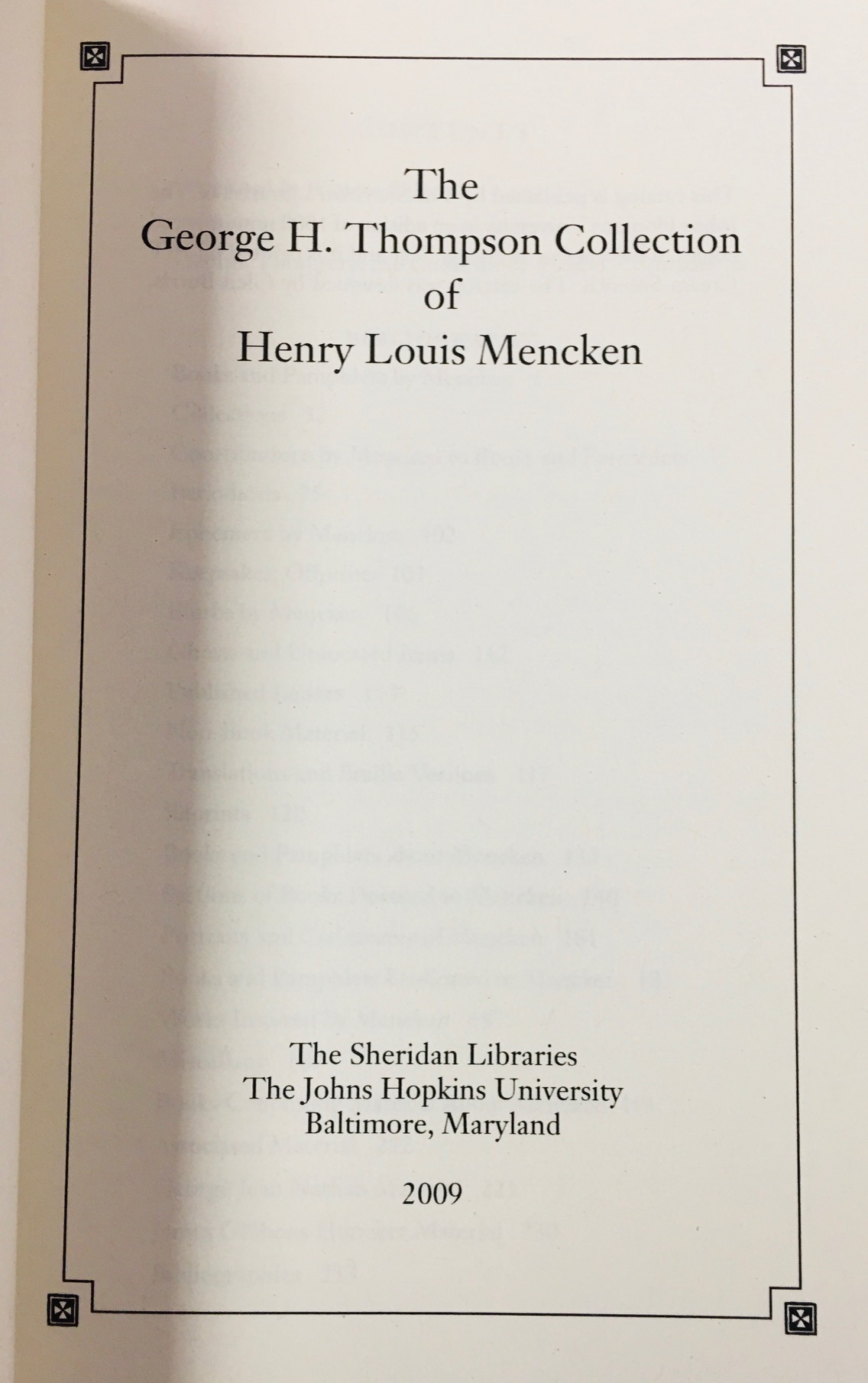 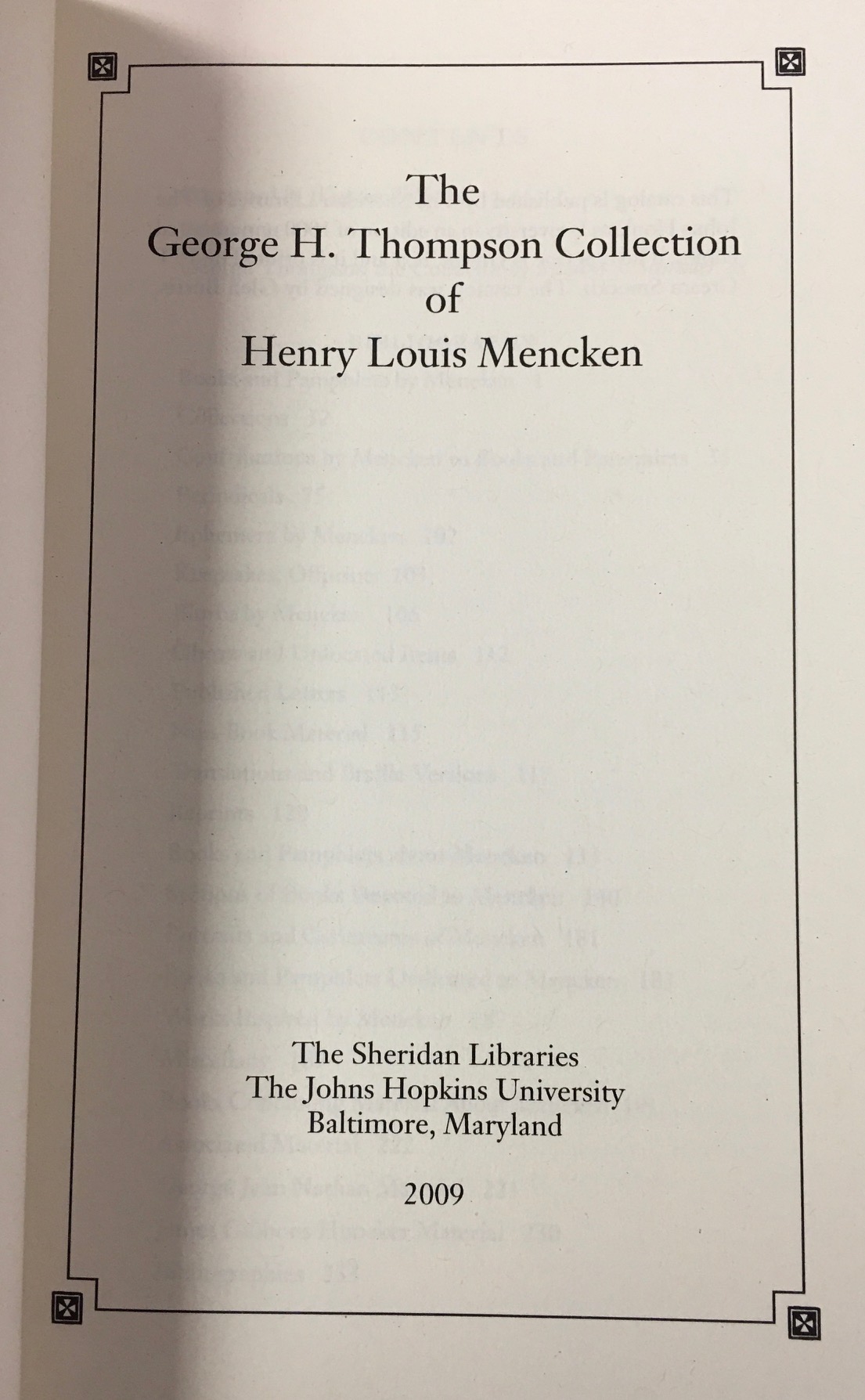 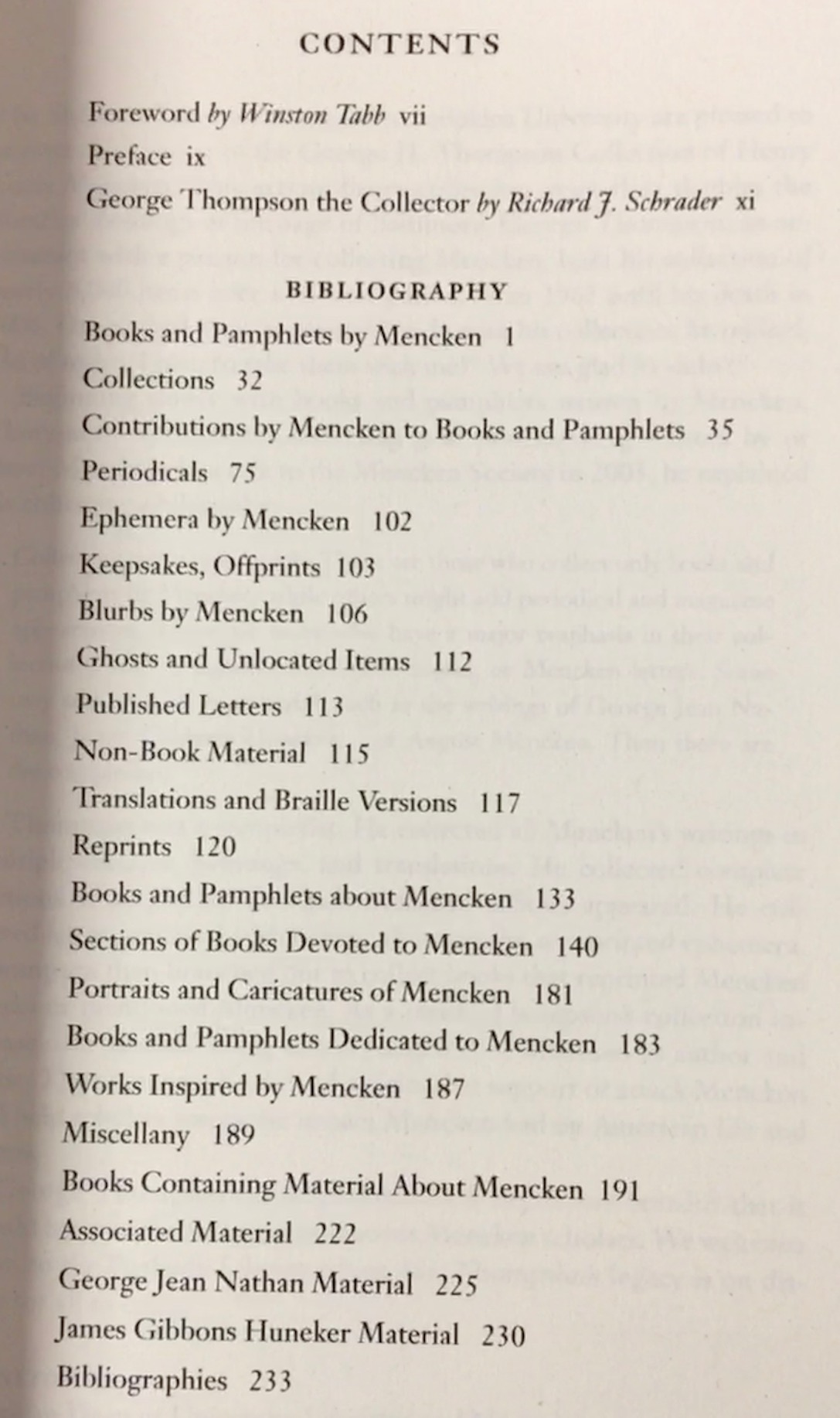 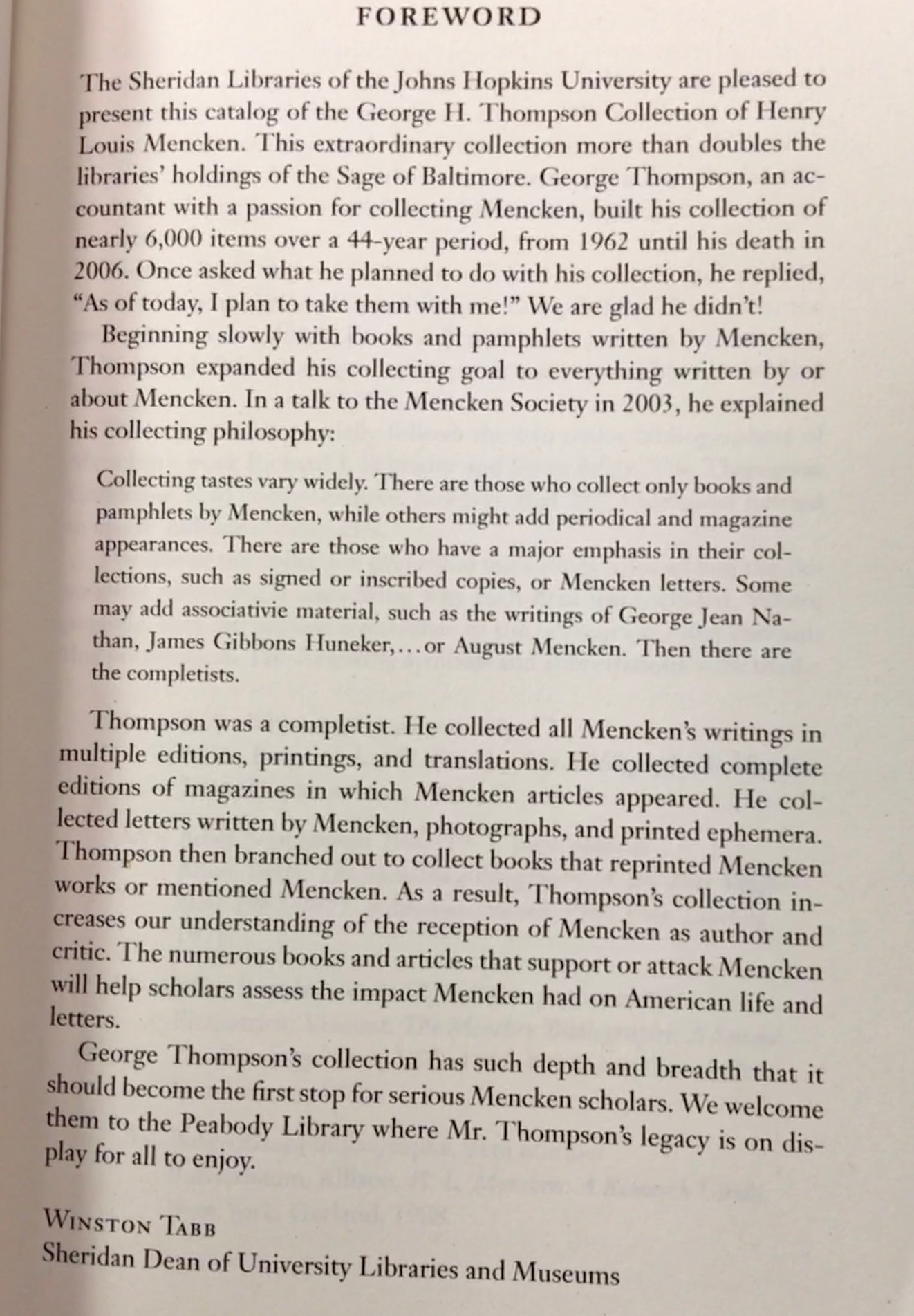 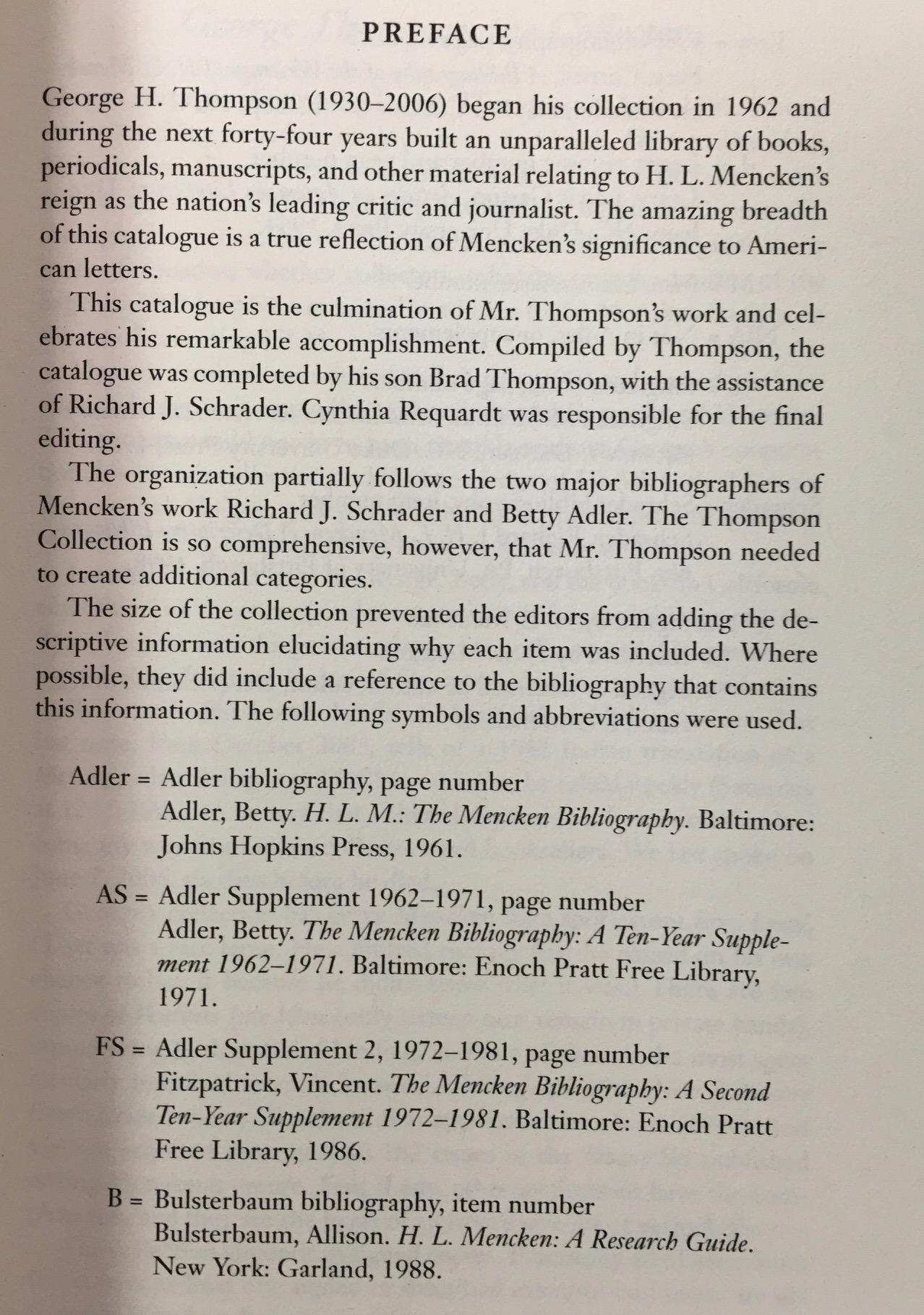 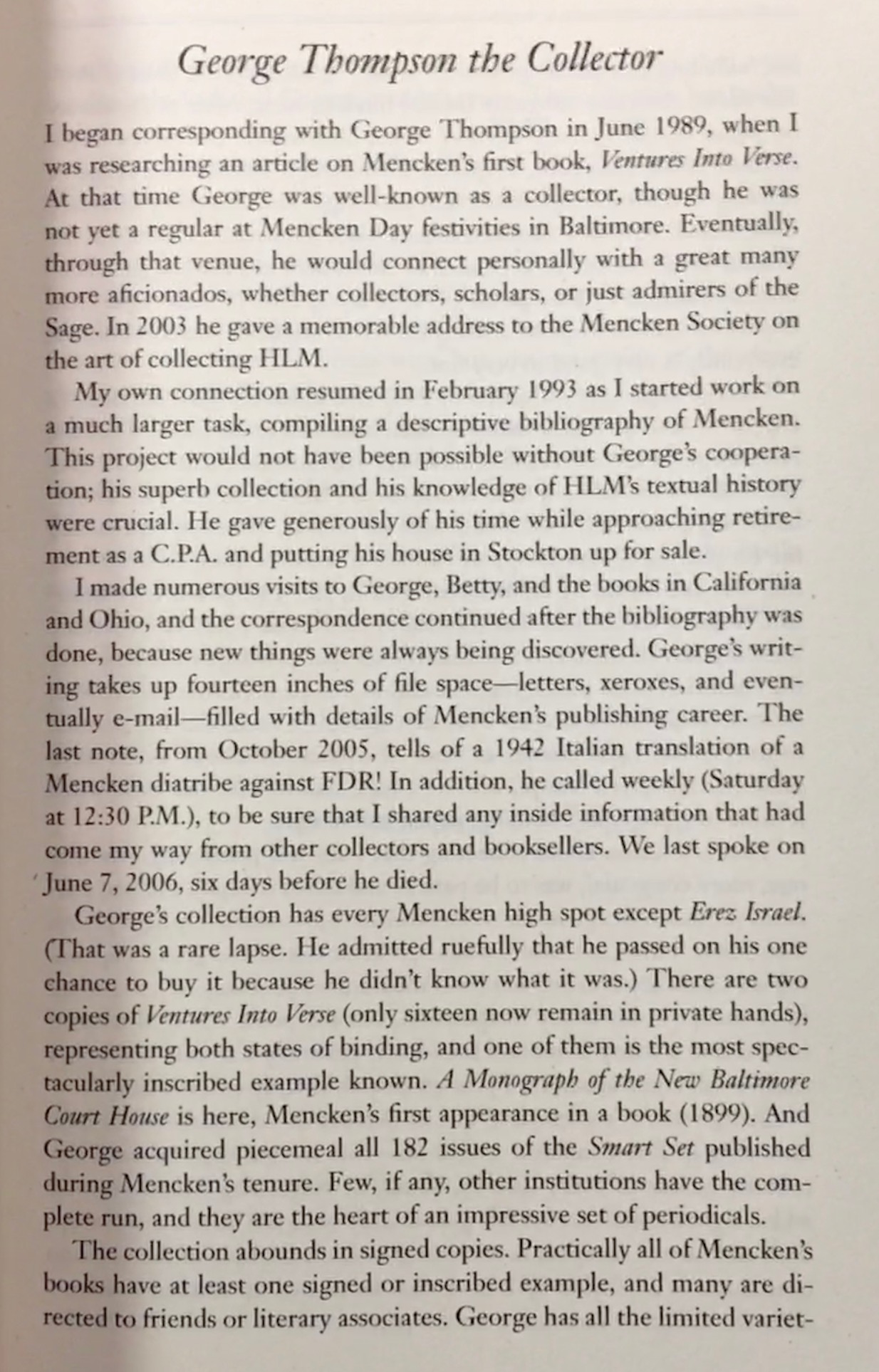 Limited editon of 1,000 copies. CLEAN!! No marks. Might as well be new. Appears unread. . . . . . . . . The Johns Hopkins University has acquired what is believed to be the largest privately held collection of items associated with writer and journalist H.L. Mencken, nearly 6,000 books, articles, letters, photographs and other items amassed over 44 years by an Ohio accountant with a passion for the Sage of Baltimore. The acquisition of the George H. Thompson Collection by the university's Sheridan Libraries is in part a purchase and in part a gift from Thompson's wife, Betty Thompson, and son, Bradford G. Thompson. The collection, which more than doubles the university's Mencken-related holdings, will be housed at the George Peabody Library, which already has a significant research collection on Mencken. Henry Louis Mencken was a Baltimore Sun reporter and columnist who also was one of America's leading literary and social critics in the first half of the 20th century. Born in the city, the cynical freethinker is often remembered as the Sage of Baltimore. Thompson, most recently of Cadiz, Ohio, collected Mencken-related material from 1962 until his death last year, working fervently to track down at least one example even of different versions of the same Mencken works. He collected all of Mencken's writings in multiple editions, printings, and translations, said Cynthia Requardt, the William Kurrelmeyer Curator of Special Collections at the Sheridan Libraries. There are complete issues of magazines in which Mencken articles appeared, letters written by Mencken, photographs, and printed ephemera, she said. Thompson then branched out and collected books that reprinted Mencken works, mentioned Mencken or were inspired by Mencken. Thompson's collection was believed to be the largest Mencken-related compilation in private hands, said Mencken scholar Richard J. Schrader, professor of English at Boston College. George had a scholar's understanding of Mencken's place in literary culture, so the numerous ancillary works he acquired will be of value to anyone working on the American literature of Mencken's entire lifetime, Schrader said. Thompson assisted Schrader with the 1998 publication of H.L. Mencken: A Descriptive Bibliography. The Thompson Collection will increase scholarly understanding of Mencken's reception as an author and critic, said Winston Tabb, Sheridan Dean of University Libraries at Johns Hopkins. 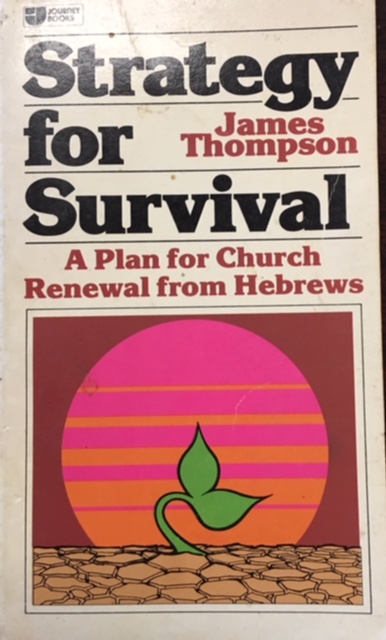 Strategy for Survival: A plan for church renewal from Hebrews 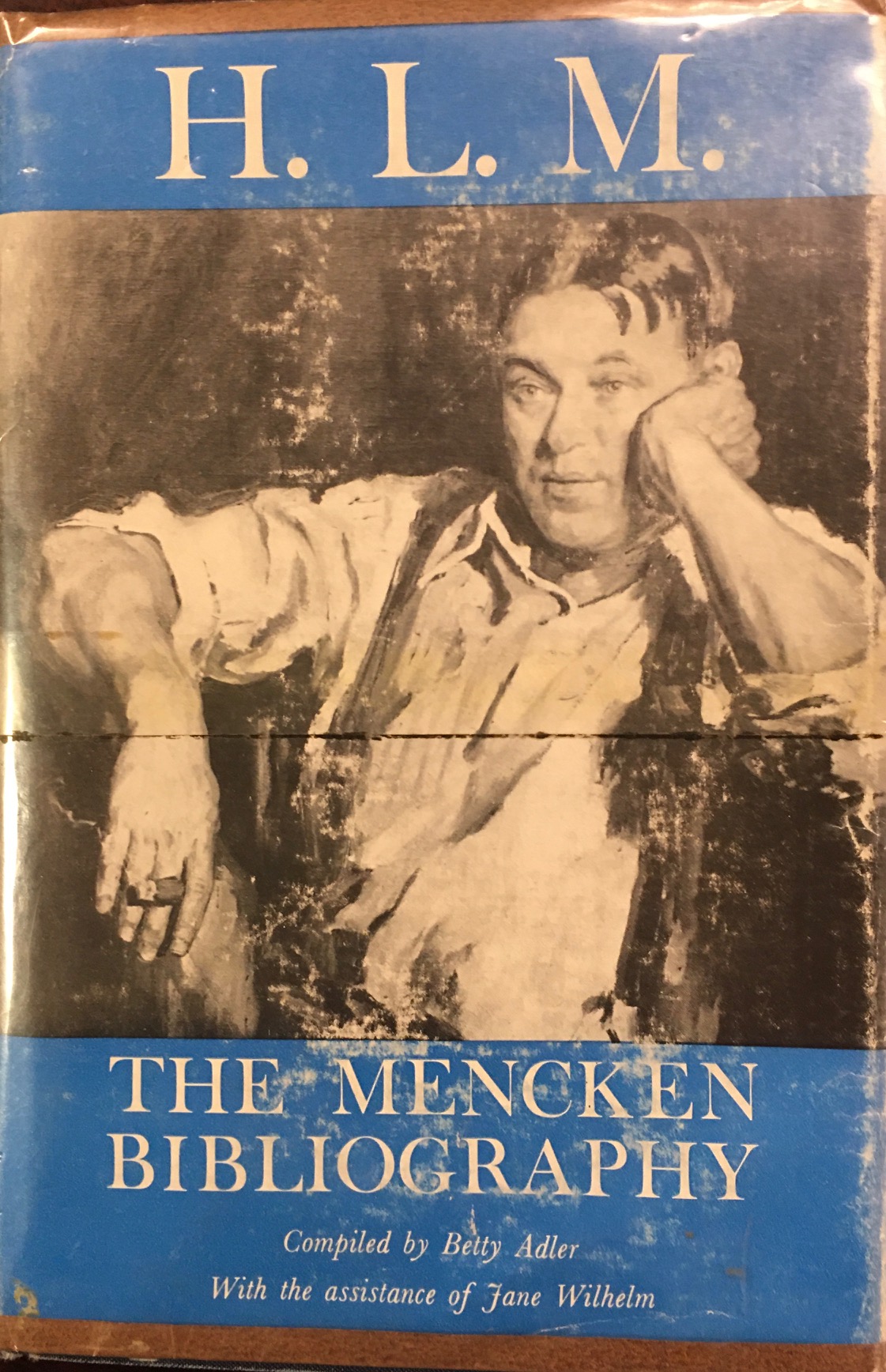