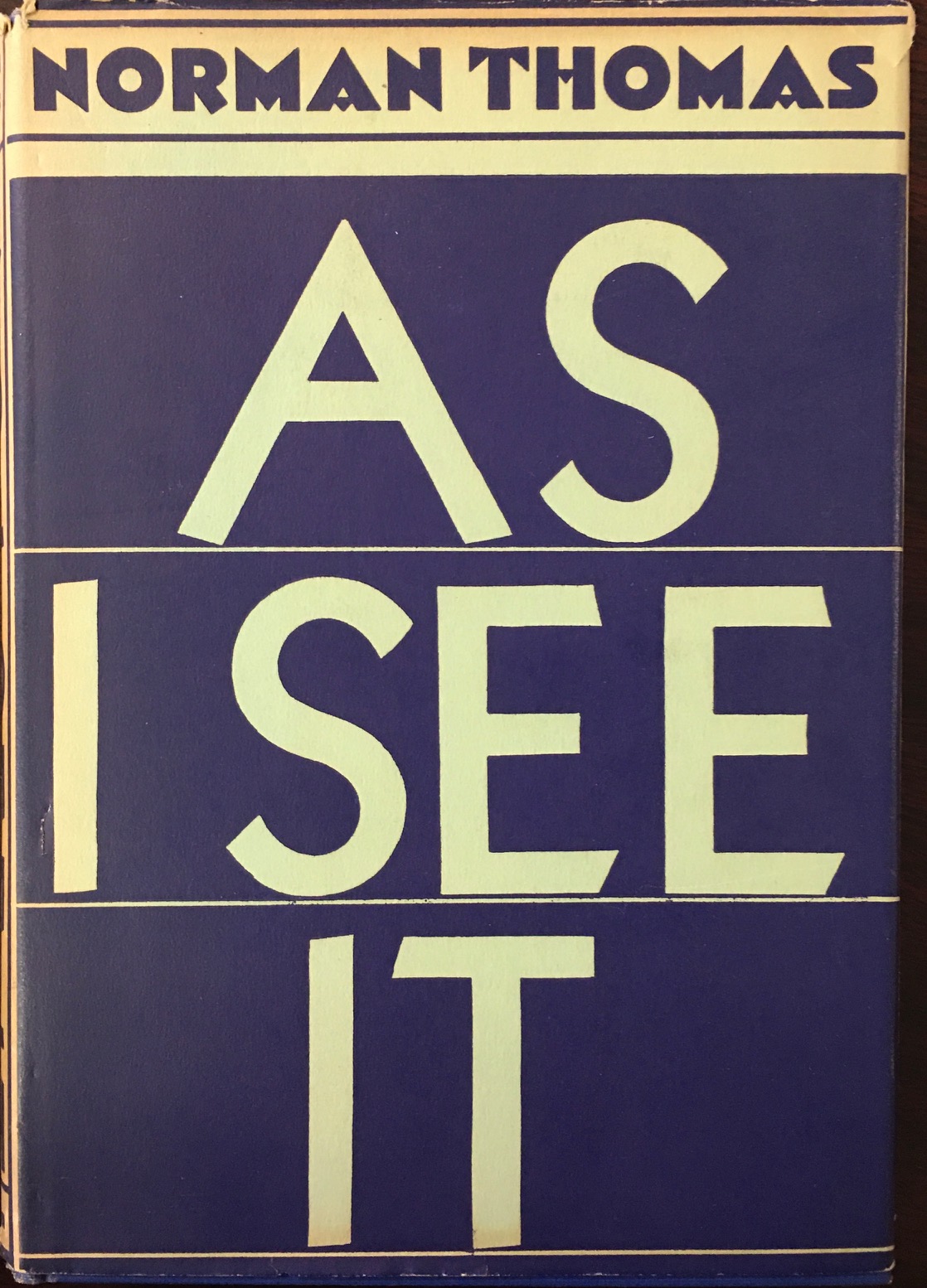 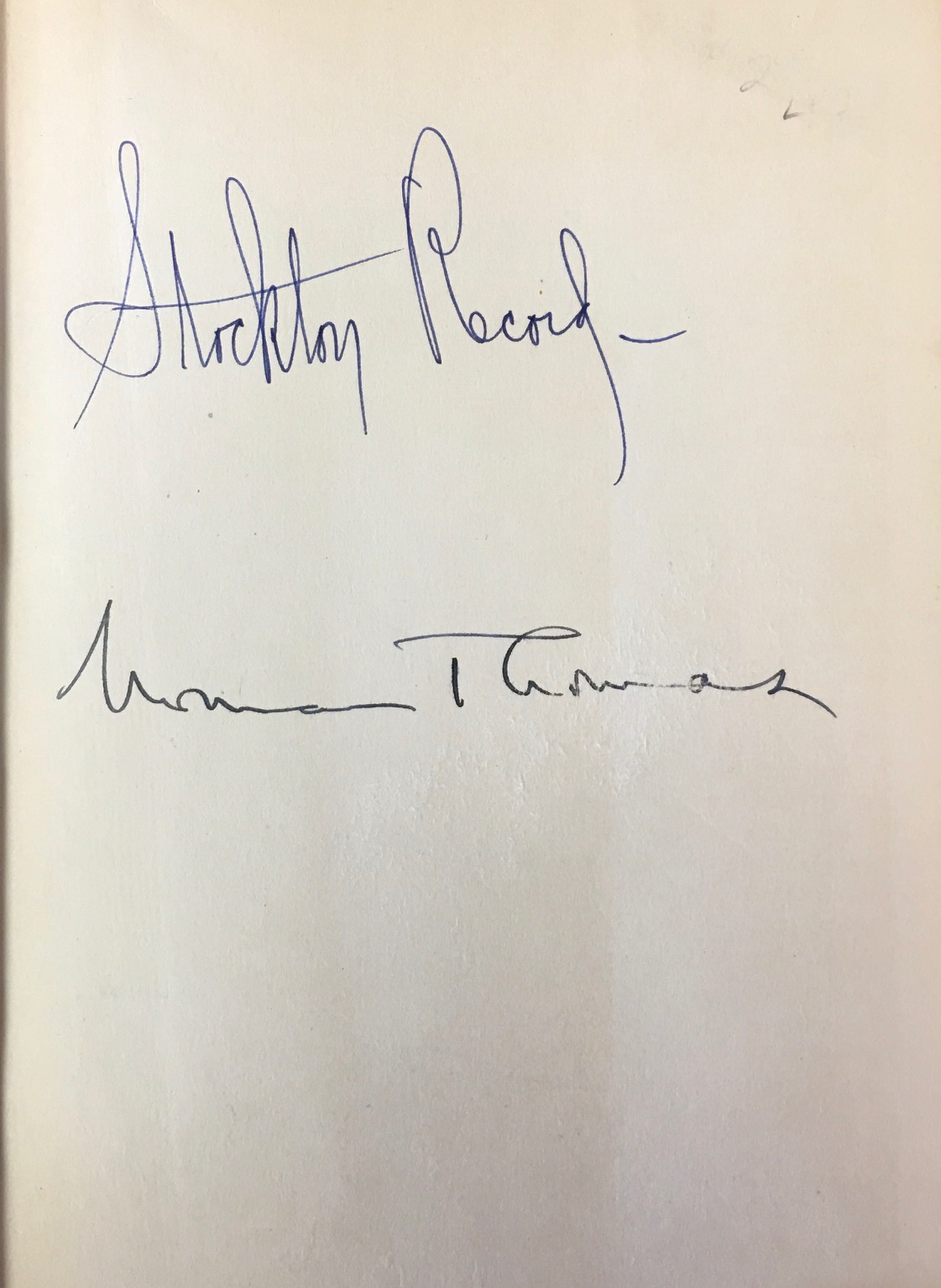 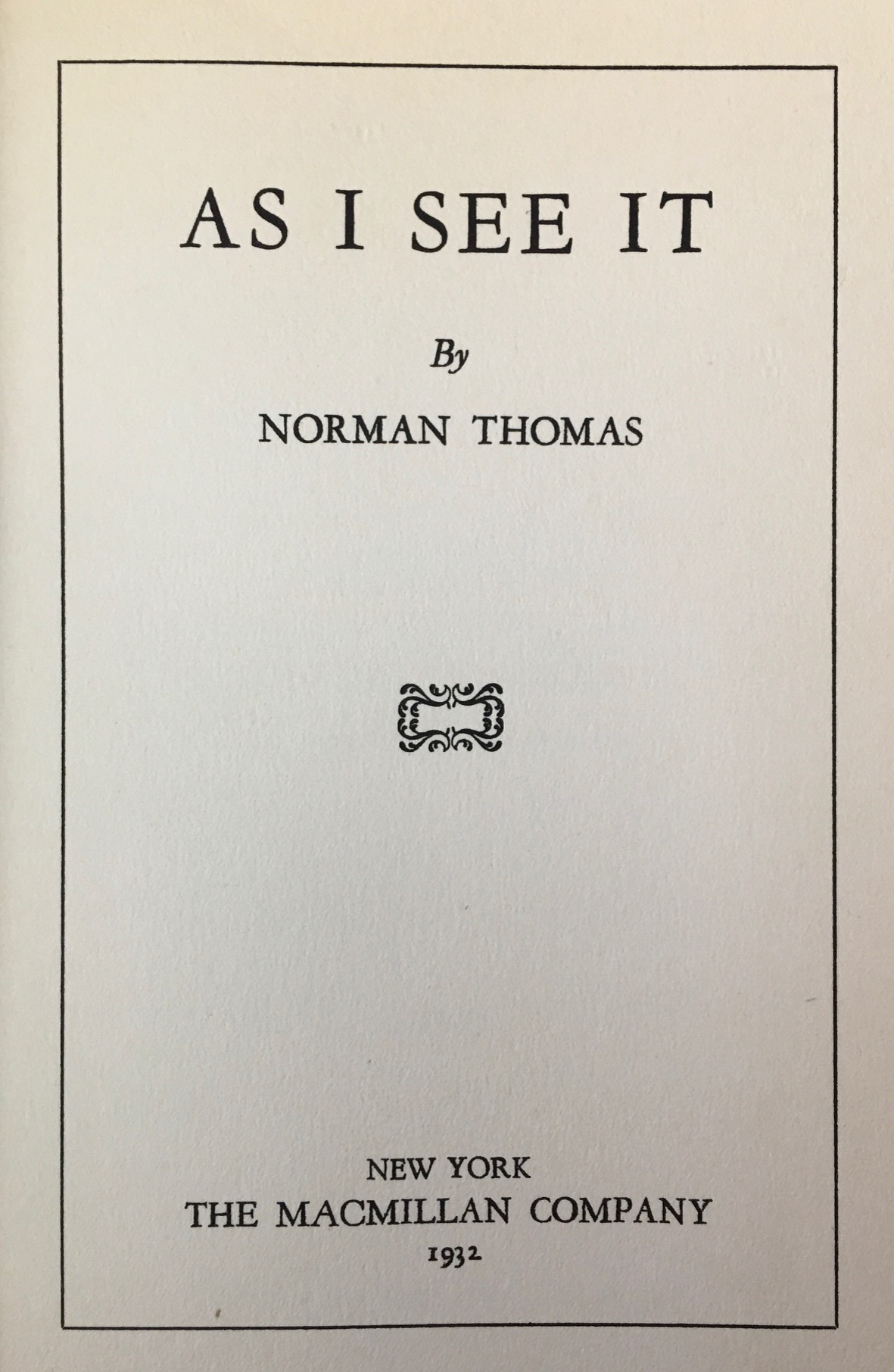 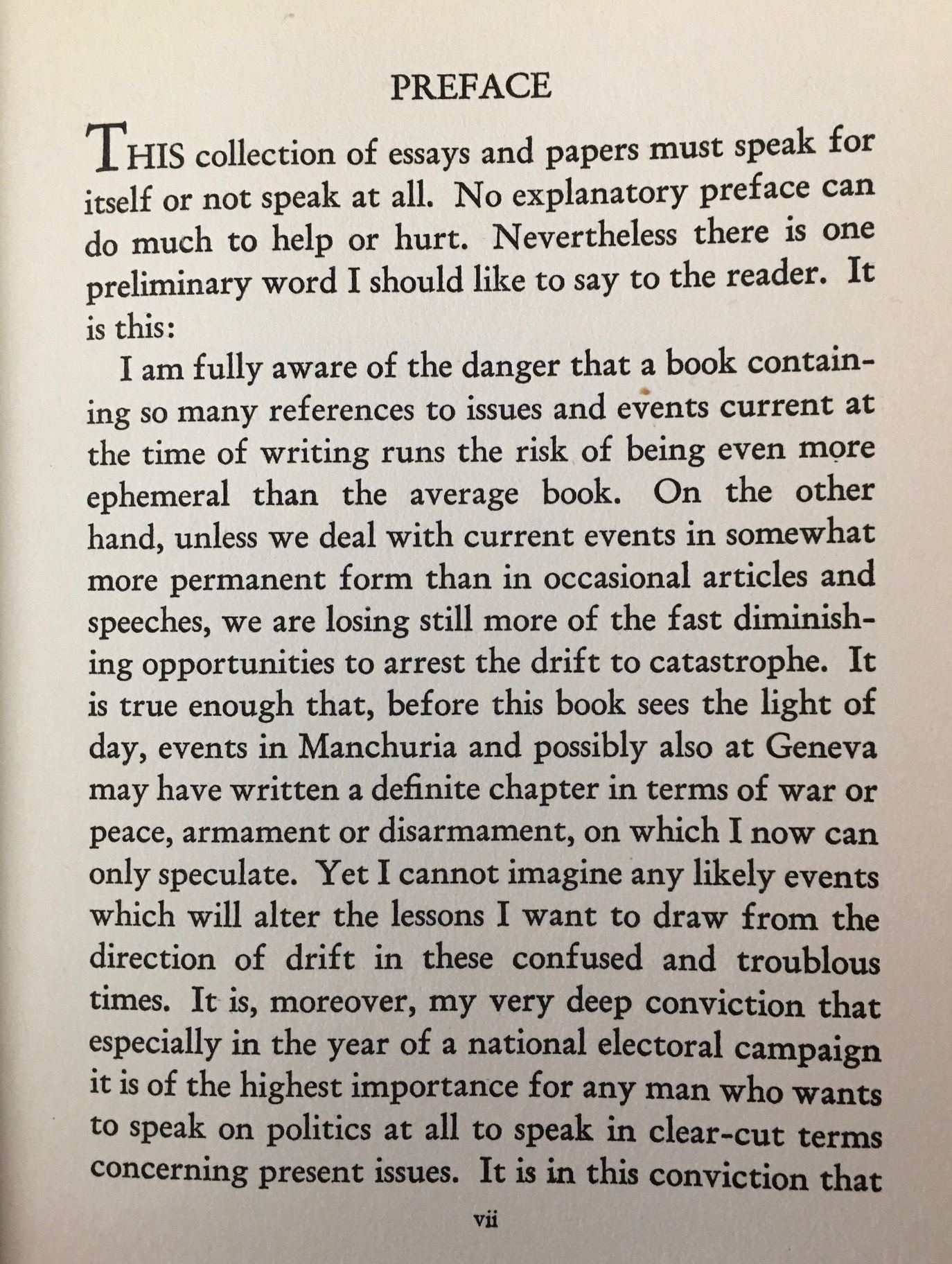 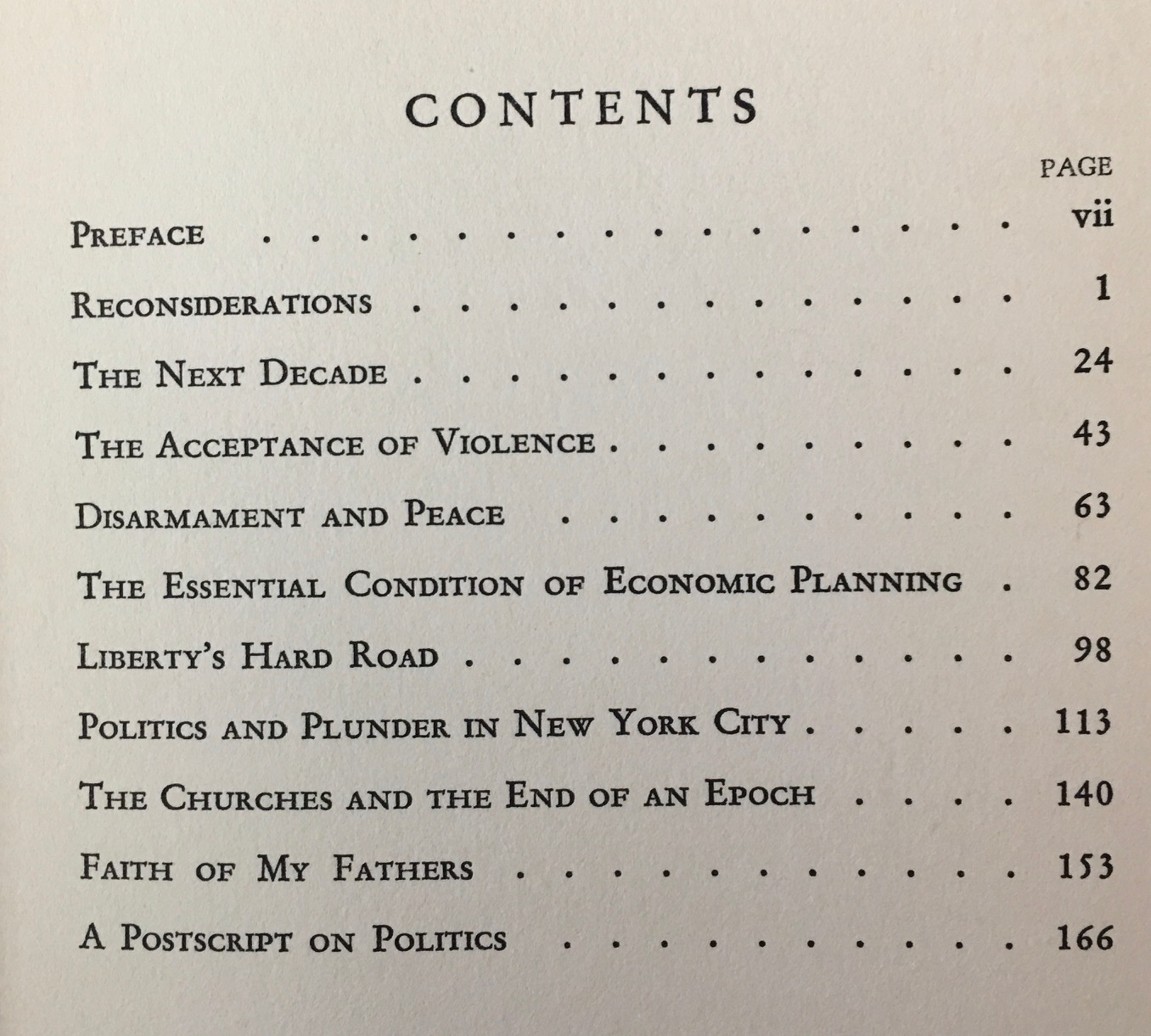 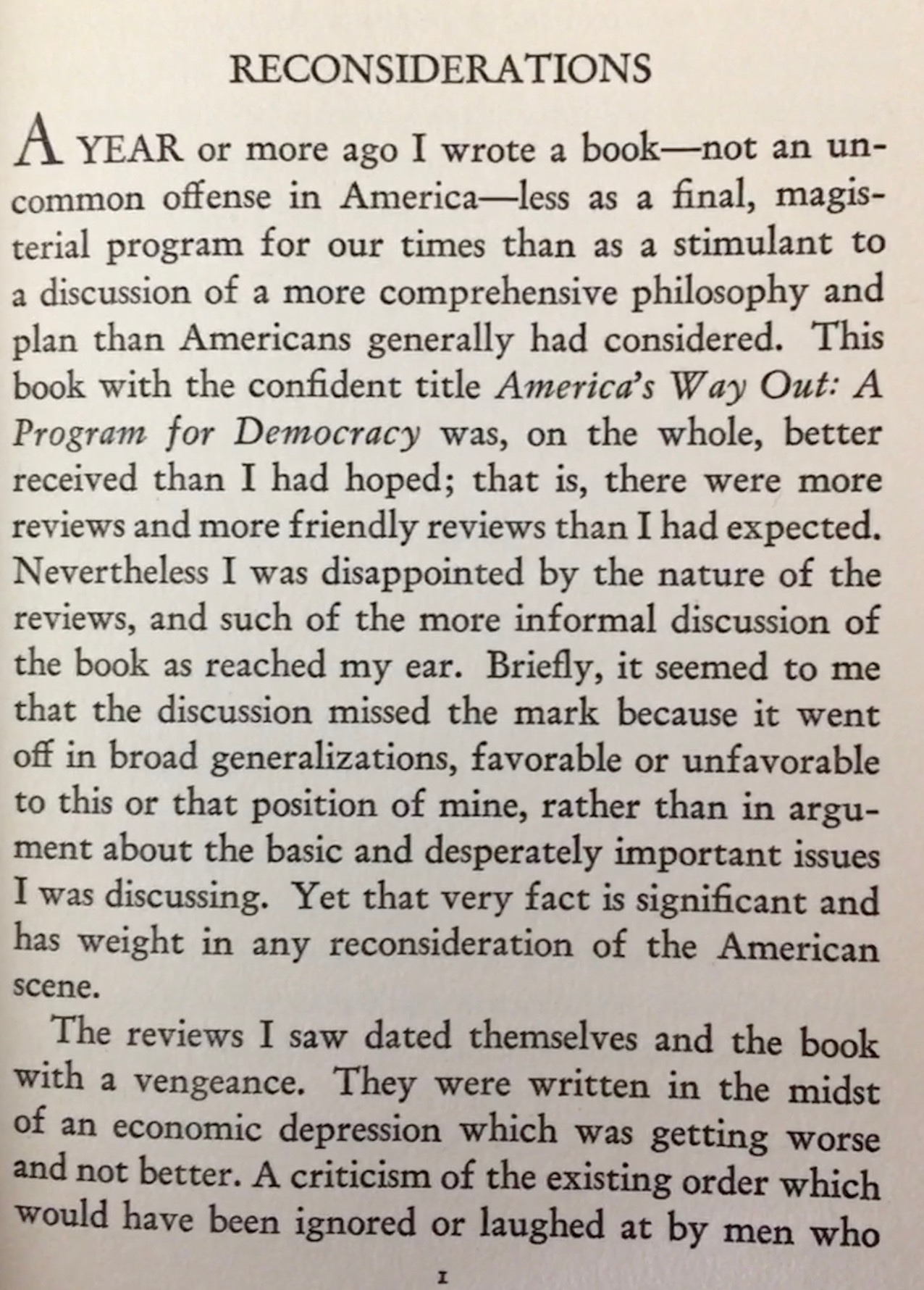 As I See It (Signed)

1st Edition (March 1932) Signed by Author on the front end paper. Above autograph is written - Stockton Record - which is the newspaper in Stockton CA. No marks or writing observed in text. Binding tight and square. Gently read. From private collection, good dust cover is in archival mylar. . . . . . TABLE OF CONTENTS: 1.) Reconsiderations -- 2.) The new decade -- 3.) The acceptance of violence -- 4.) Disarmament and peace -- 5.) The essential condition of economic planning -- 6.) Liberty's hard road -- 7.) Politics and plunder in New York City -- 8.) The churches and the end of an epoch -- 9.) Faith of my fathers -- 10.) A postscript on politics. . . . . . . . Norman Mattoon Thomas (1884-1968) was a leading American socialist, pacifist, and six-time presidential candidate (1928-1948) for the Socialist Party of America. He wrote in the Preface to this 1932 book, This collection of essays and papers must speak for itself or not speak at all... Nevertheless there is one explanatory word I should like to say to the reader... It is, moreover, my very deep conviction that especially in the year of a national electoral campaign it is of the highest importance for any man who wants to speak on politics at all to speak in clear-cut terms concerning present issues. Later he explained that the essays in the book were written in the spring and summer of 1931 (Pg. 166). With Hitler and Mussonlini looming in Europe, he predicted that No fascist dictatorship is likely to last long because it will leave the fundamental economic problem of equitable distribution unsolved, and without the solution of that problem there can be neither security nor peace. (Pg. 25) He says in another essay that Capitalism needs nationalism to hypnotize the workers whom it exploits. (Pg. 39) He states, The case against acceptance of the violence of war is overwhelming. He notes the ghastly, grisly years of the First World War, which left a legacy of broken men and women, ill nourished children, all ripe for perpetuating endless fear and hate. (Pg. 50-51) He argues that Ballots are better than bullets and an organized strike than a riot. (Pg. 55-56) He added, As a socialist I believe in a wider use of the state as the trustee of the workers in the economic collectivism forced on us by machinery. (Pg. 78-79) And he says that of the necessity of planning no one is more fully persuaded than I. But most talk of planning in our capitalist world leaves me a bit cold and skeptical... It almost always ducks the questions: for whom are we planning, investors, speculators or workers? Are their interests identical, and if so, how far? Perhaps surprisingly to some, he wrote, Religion of some sort---as the strength of the secular religion of communism proves---will not die with the churches. Nor will the memory of the saints. And in the meanwhile there is that fine minority in the churches of those whose religion makes them crusaders for plenty and peace, freedom and fellowship. Their work cannot be wholly vain. Of that minority there cannot be too many and to that minority though I cannot share its faith and give it my allegiance I offer my admiration and respect. (Pg. 152) [Thomas was a graduate of Union Theological Seminary, by the way, and had been a Presbyterian minister for some 20 years.] Although few people know of Thomas any more (it is instructive that William F. Buckley made him the very first guest on his Firing Line program in 1966), this book provides some insights into his thinking back in his prime. -- Steven H Propp

Title: As I See It (Signed)

The Essential Buffett: Timeless Principles for the New Economy

As I See It (Signed)