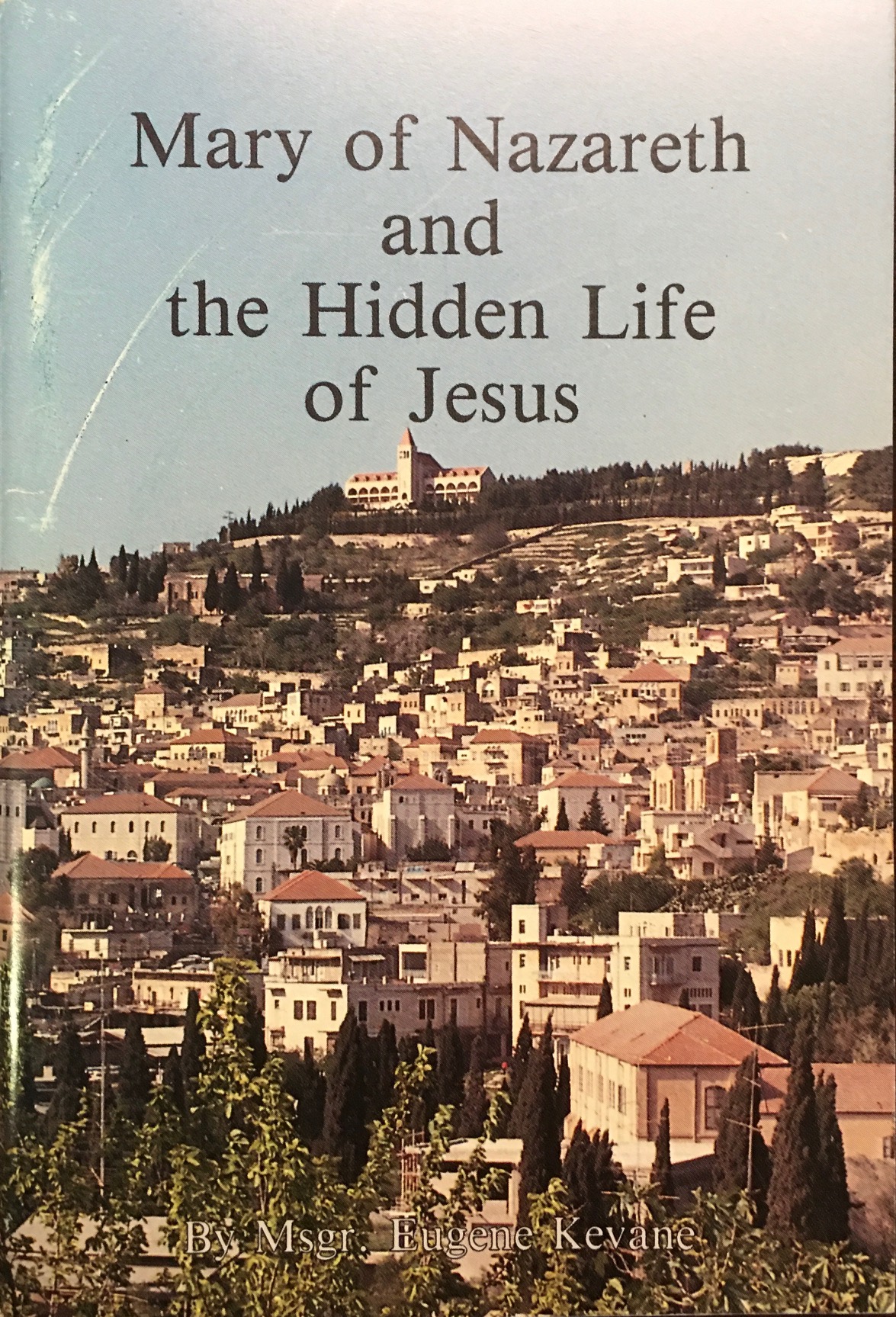 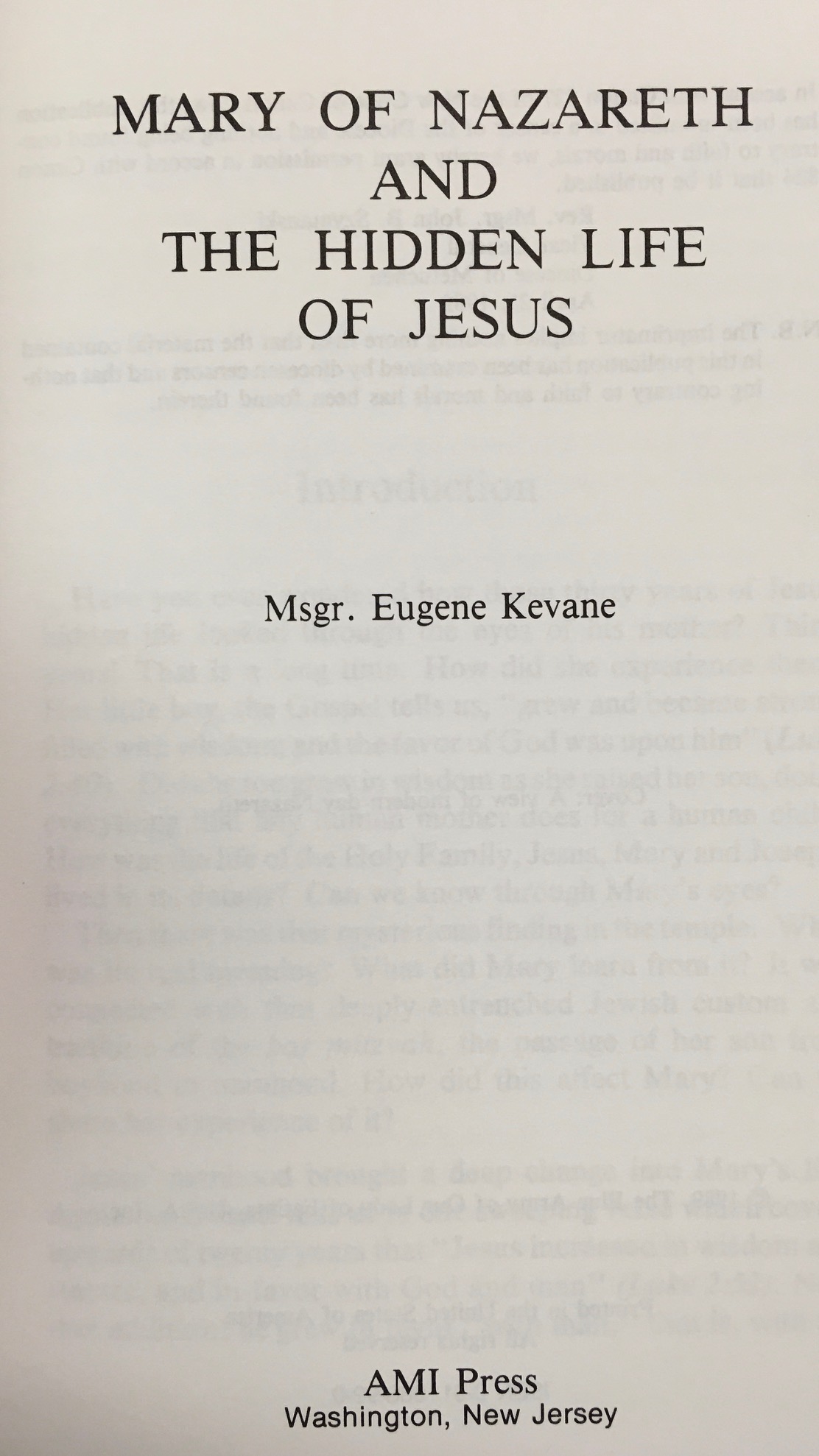 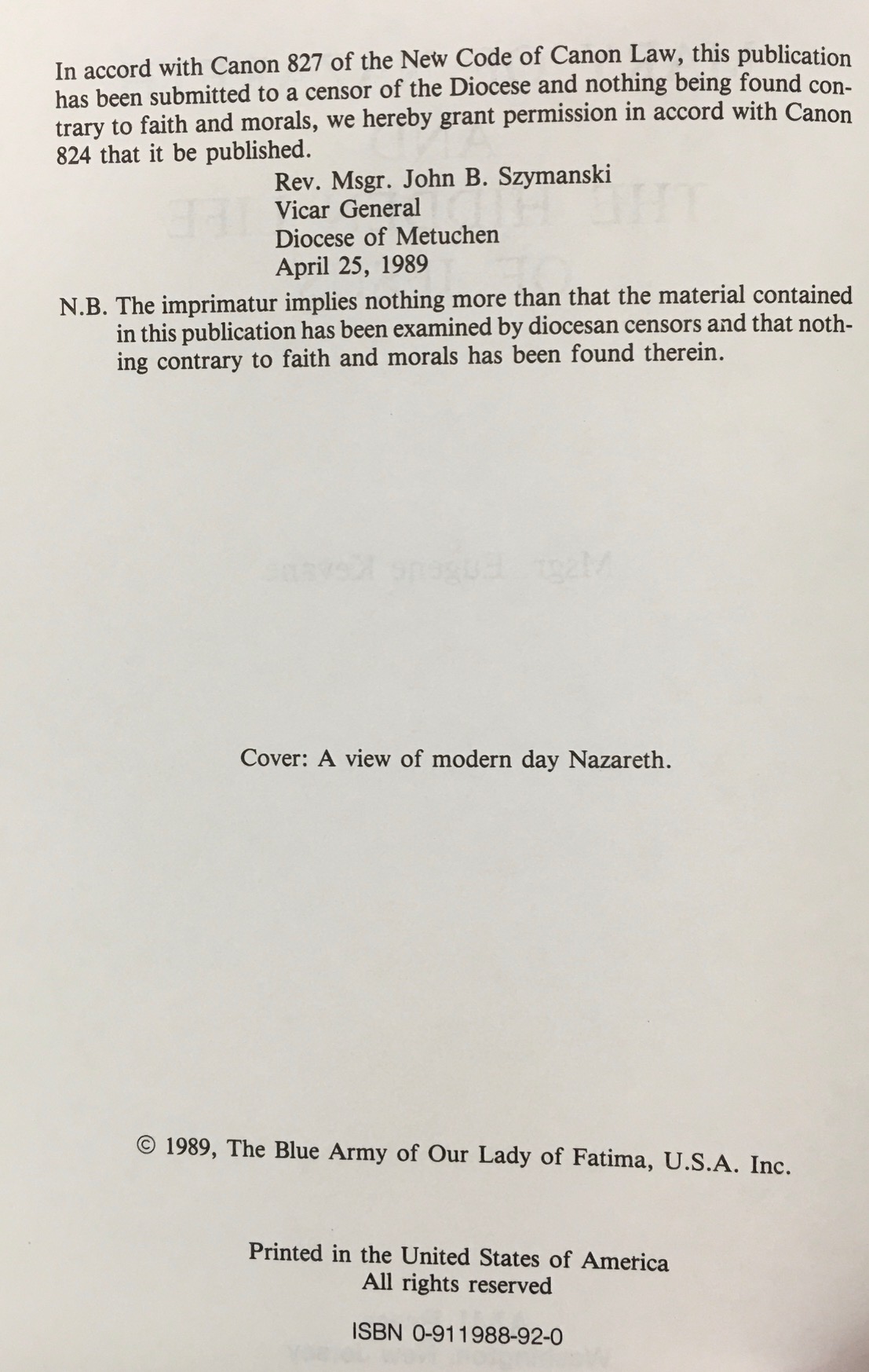 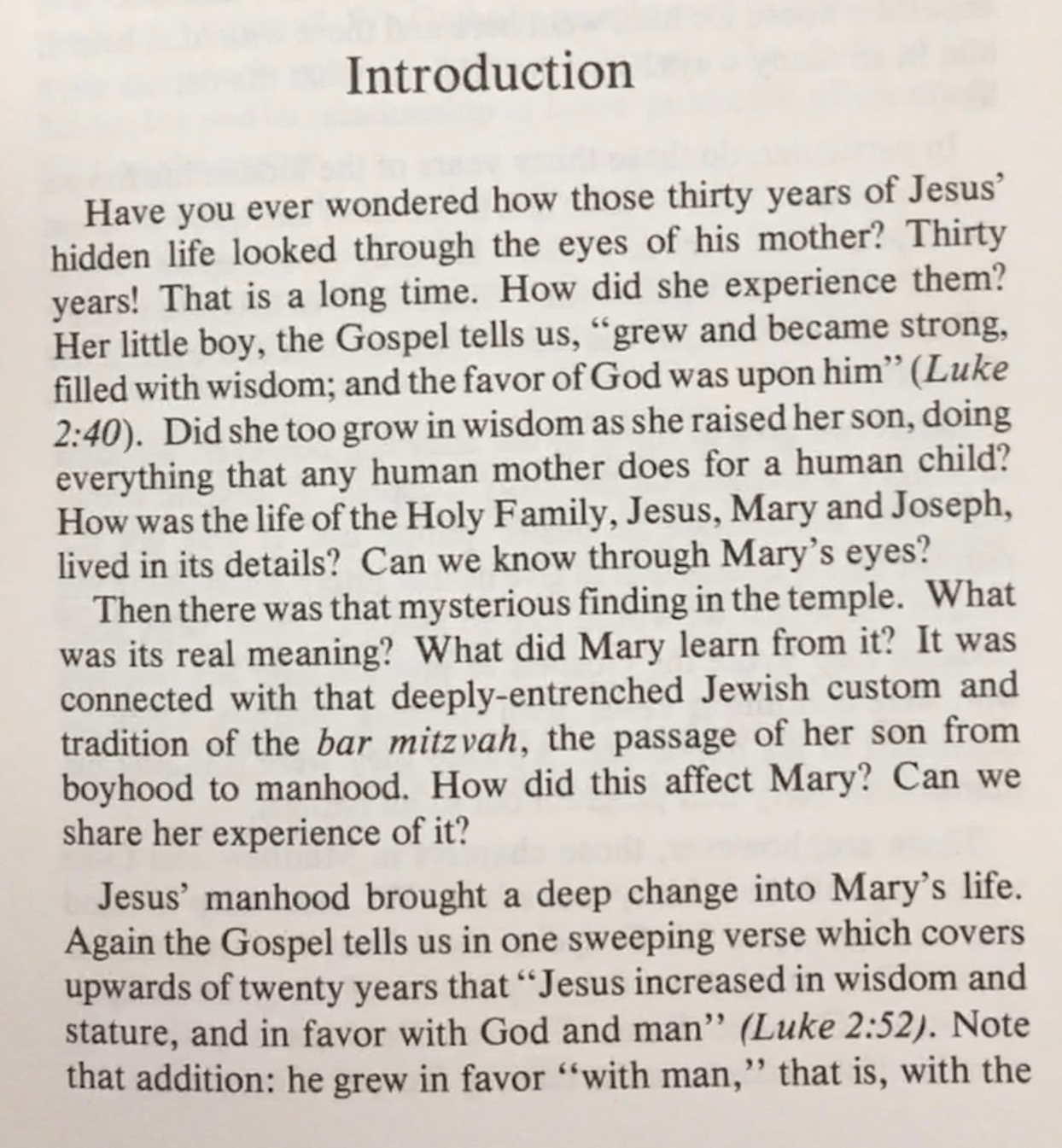 Mary of Nazareth and the Hidden Life of Jesus

No marks or writing observed in text. Binding tight and square. Gently read. . . . . . . . The teachings of Msgr. Eugene Kevane have had a powerful impact on the formation of the Catechetics program at Franciscan University, and in many ways we feel that we are carrying on his work. Each year, a graduating Catechetics undergraduate major is honored by receiving an award that bears his name. Eugene Kevane was born on June 5, 1913, on a family farm in the parish of St. Mary's, Storm Lake, Buena Vista County, Iowa. He attended a one-room country elementary school and a public high school. After college he spent four years in the seminary, including studies at the Gregorian in Rome. He was ordained as a priest for the Diocese of Sioux City, Iowa. After earning an M.A. from Creighton University in Omaha, Nebraska, he founded Heelan High School in 1949, where he was principal for ten years. In 1959 he joined the faculty of the Catholic University of America, where he received a Ph.D. in Philosophy of Education with a doctoral thesis later published as Augustine the Educator. After some years as Dean of the School of Education at Catholic University, Msgr. Kevane left for St. John's University in Long Island, New York. Later he would found the Notre Dame Catechetical Institute in the Diocese of Arlington, Virginia, designed to provide an M.A. program in catechetics totally in line with Magisterial teachings at a time when such studies were hard to come by. -- Ronda Chervin, Ph.D.

Title: Mary of Nazareth and the Hidden Life of Jesus 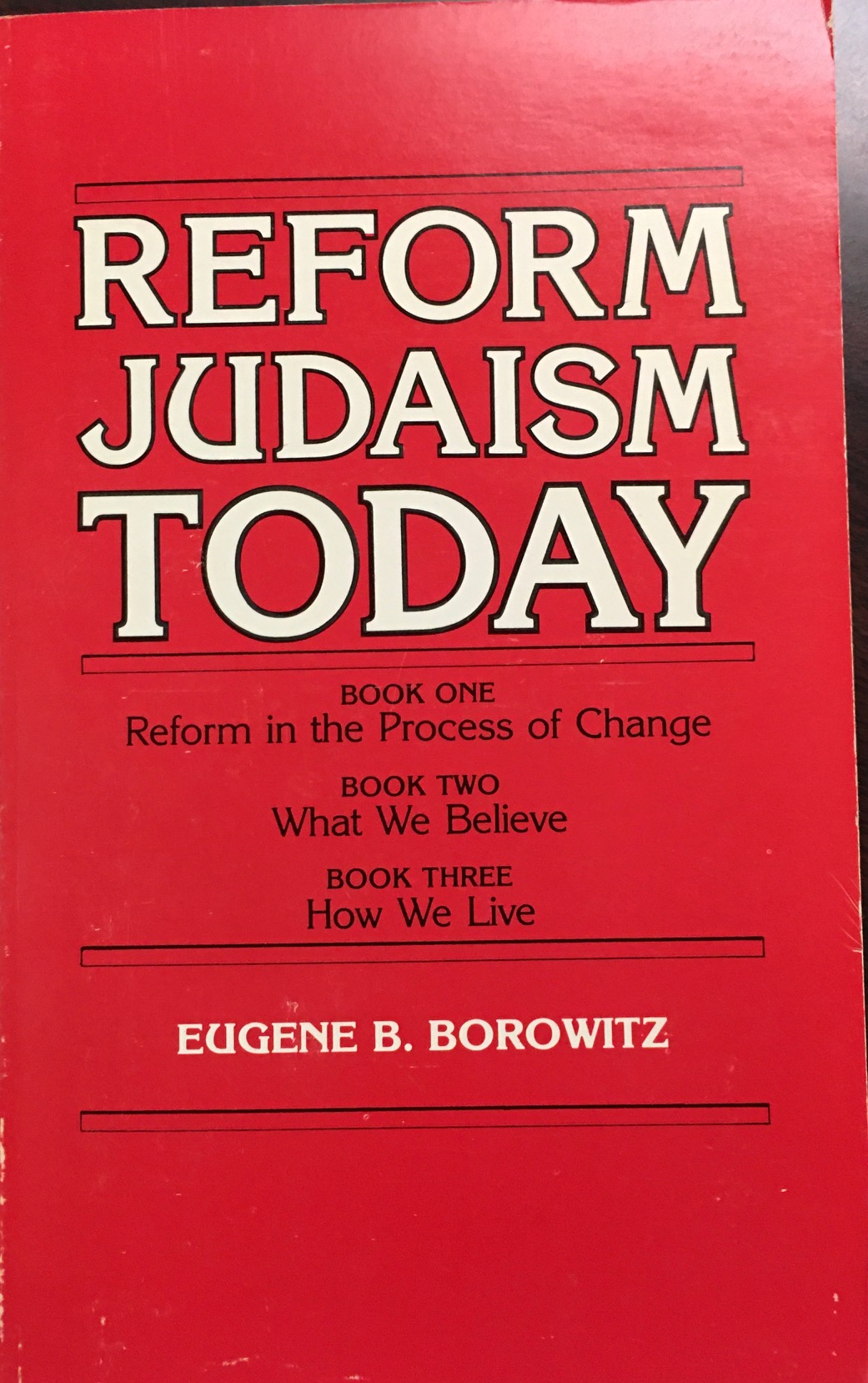 By: Eugene B. Borowitz 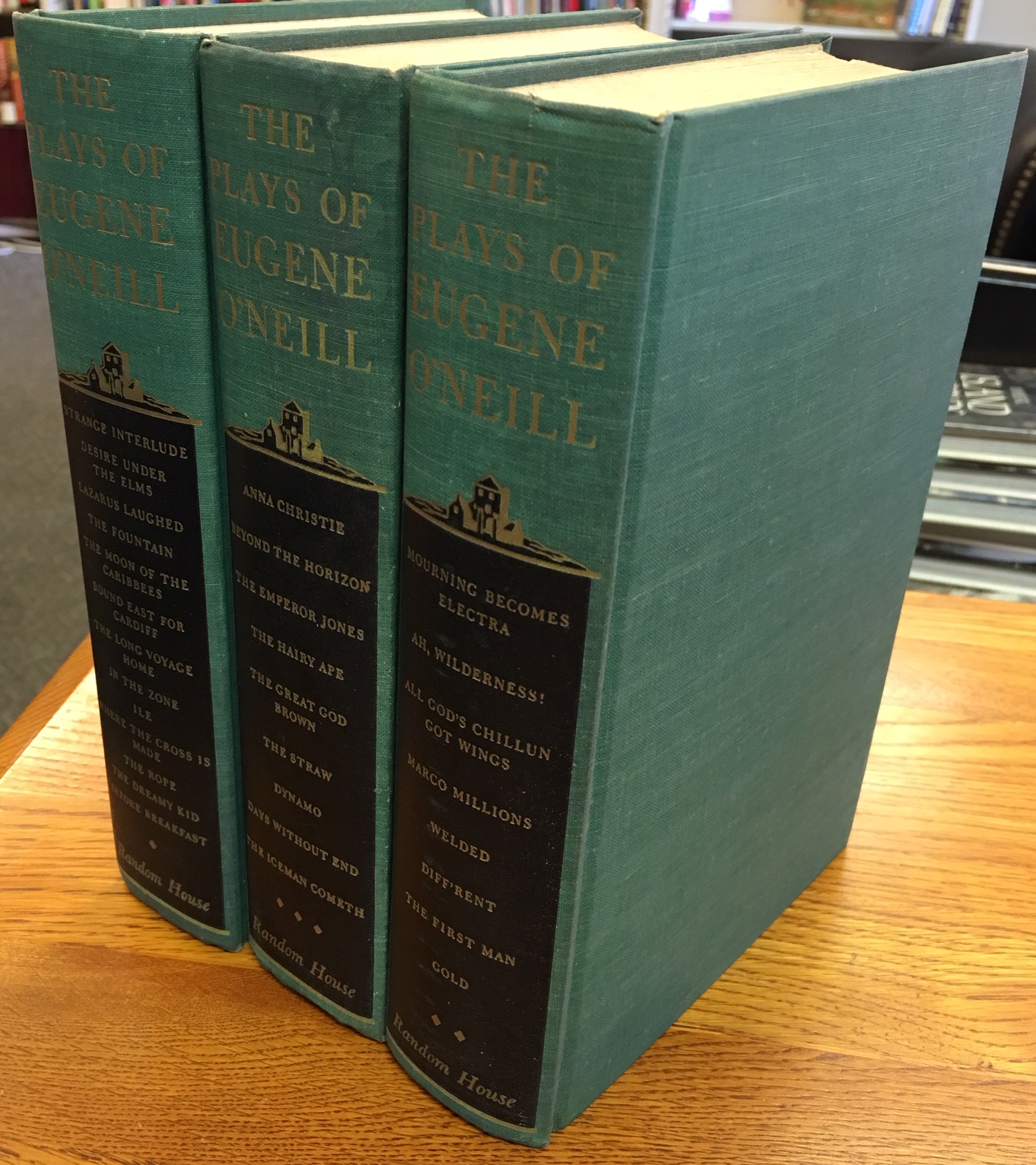 Mary of Nazareth and the Hidden Life of Jesus