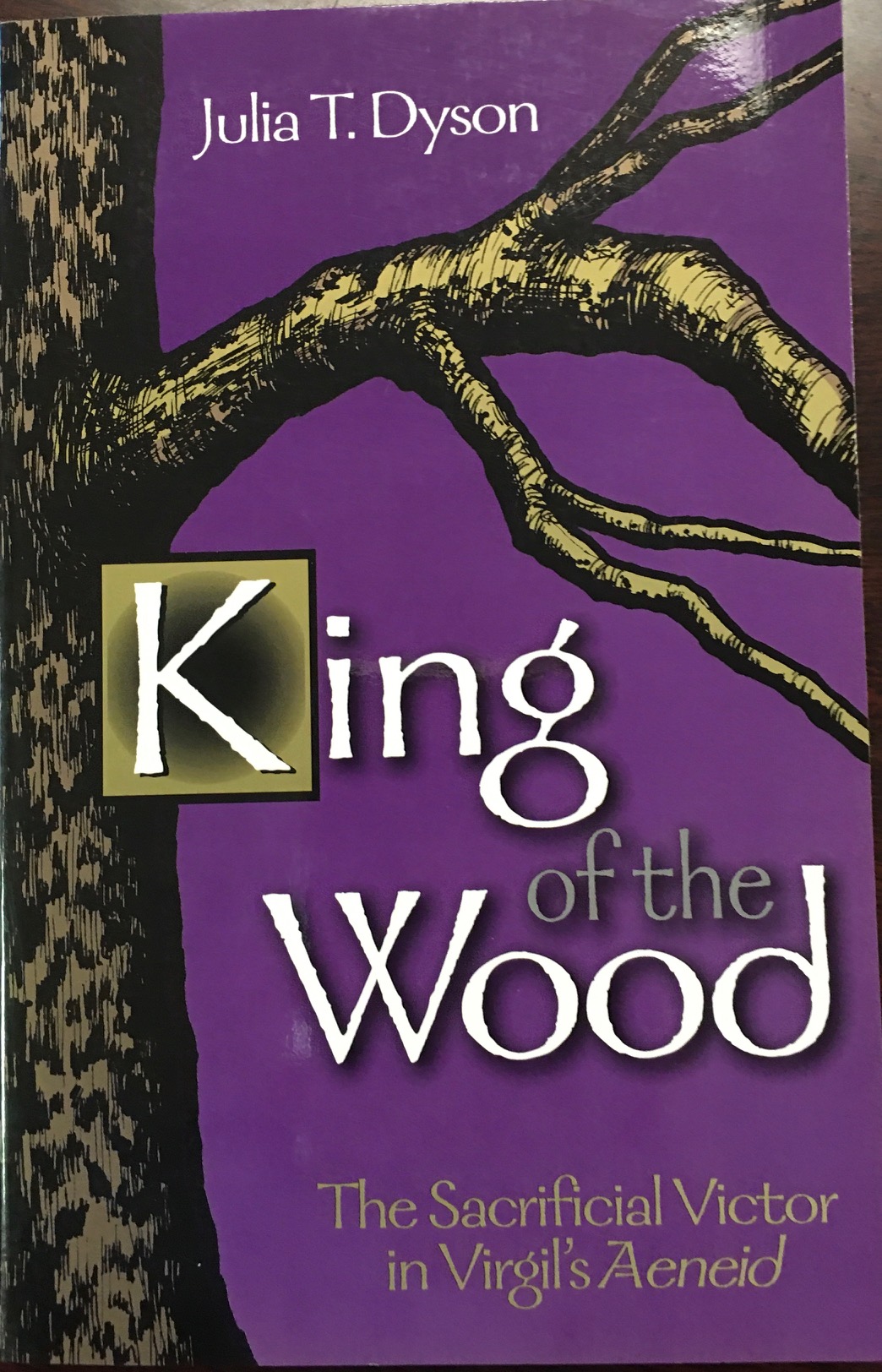 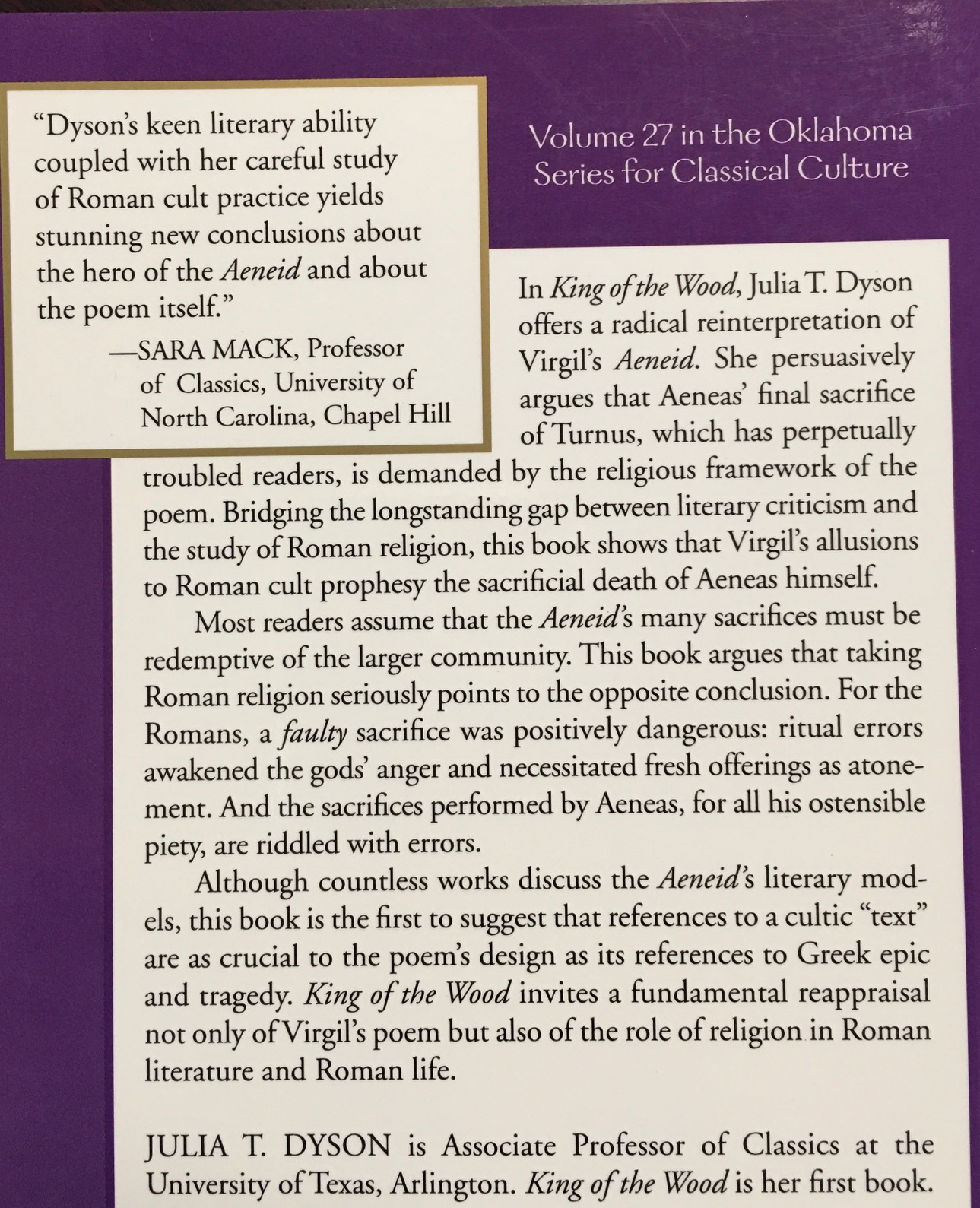 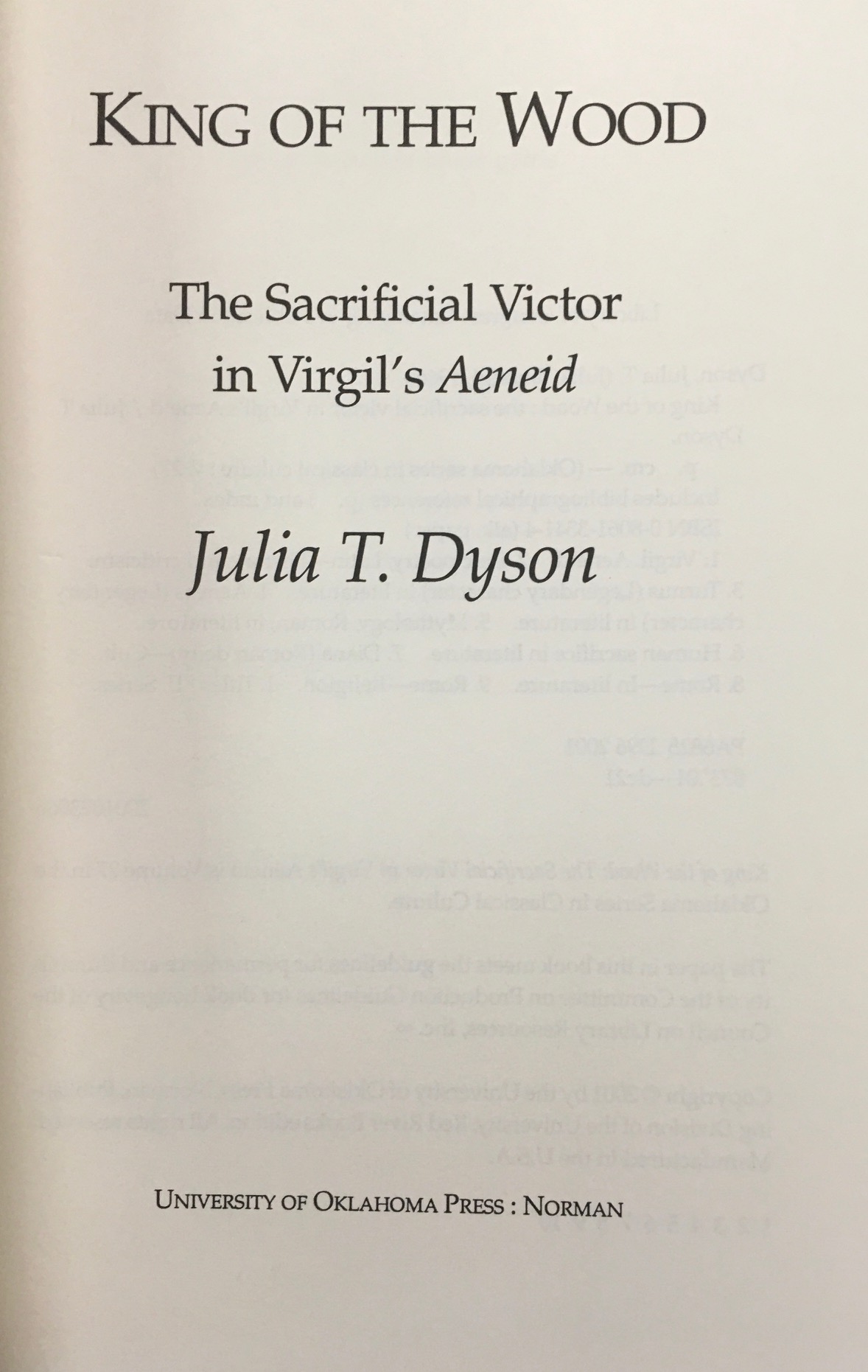 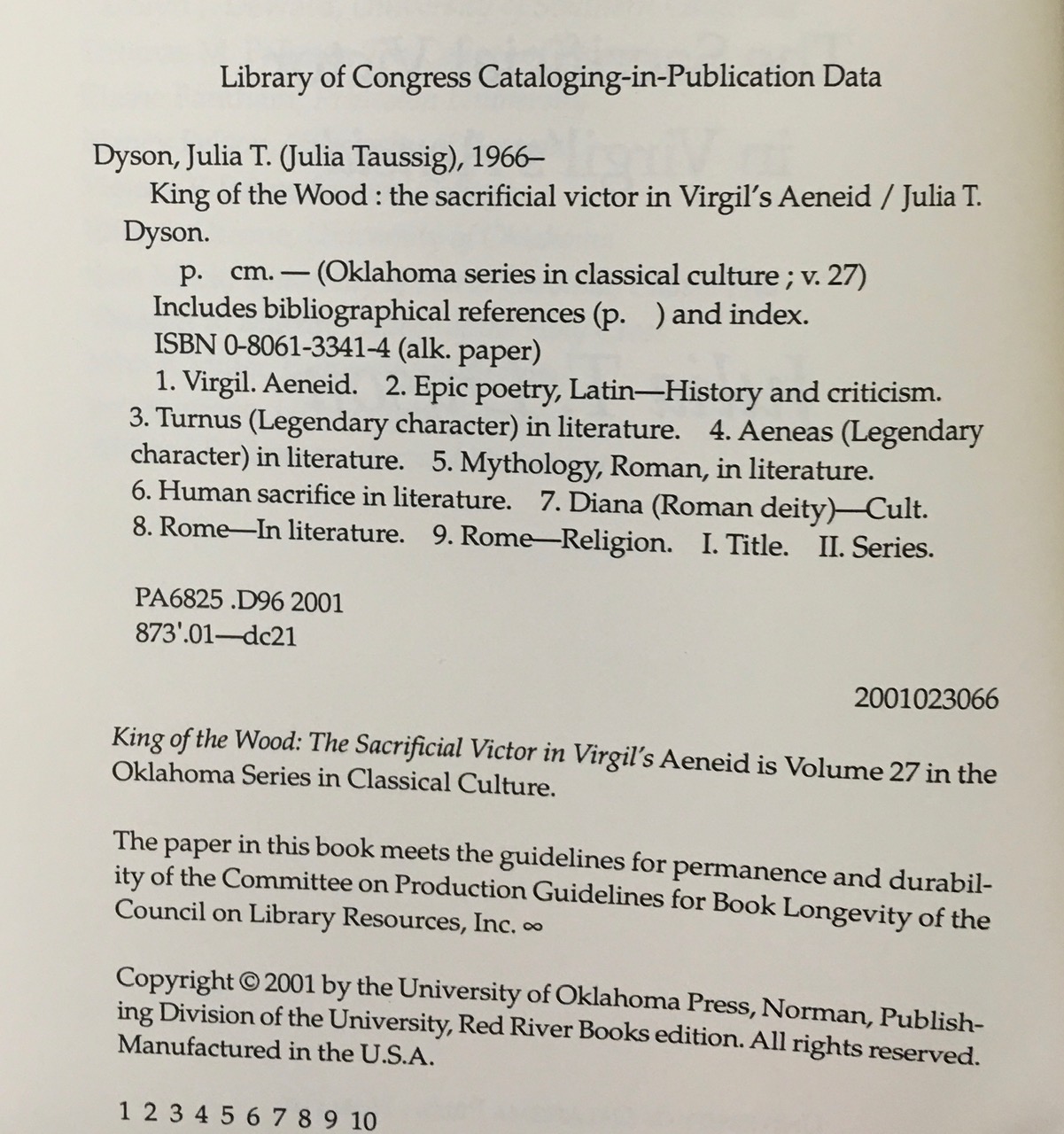 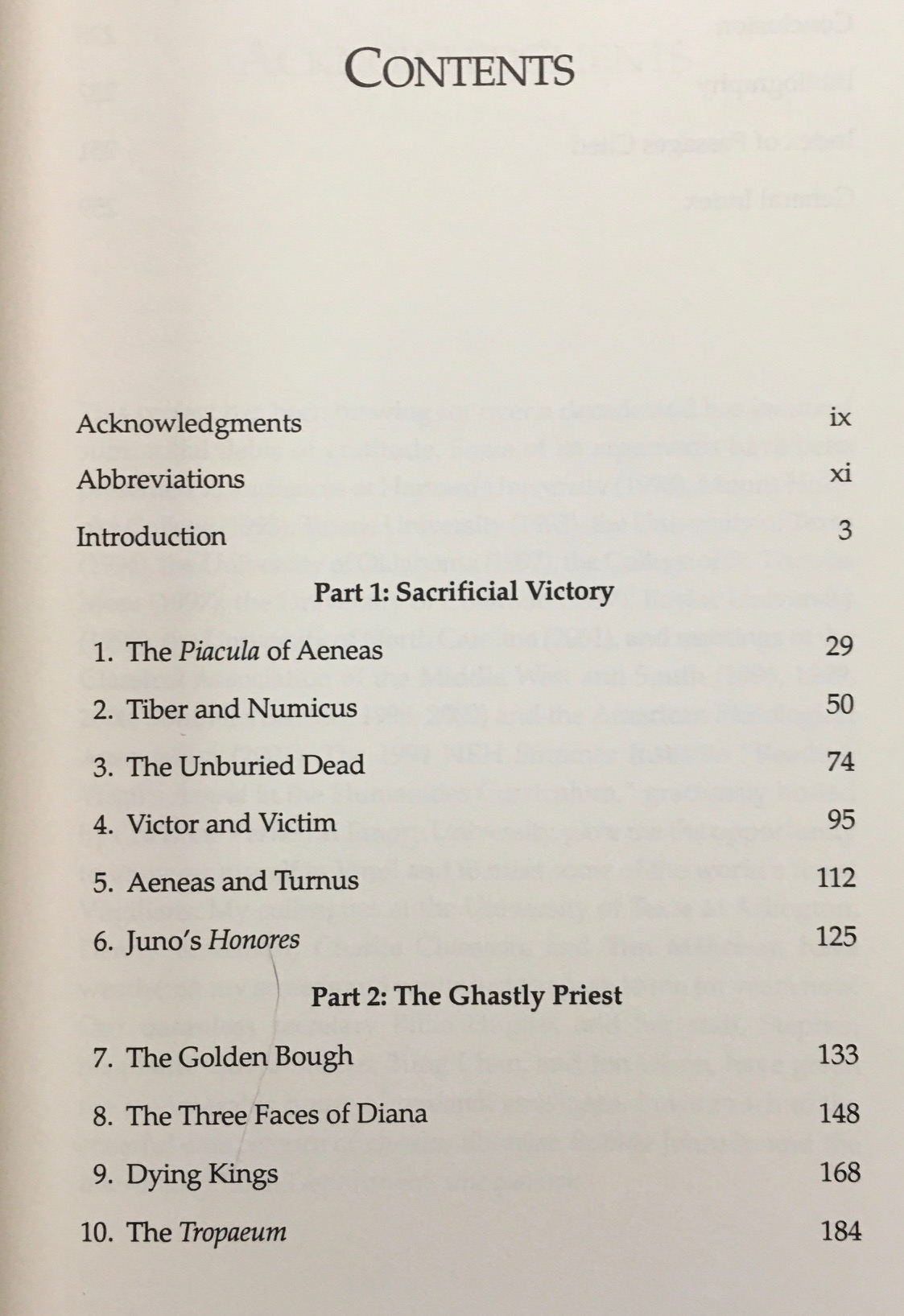 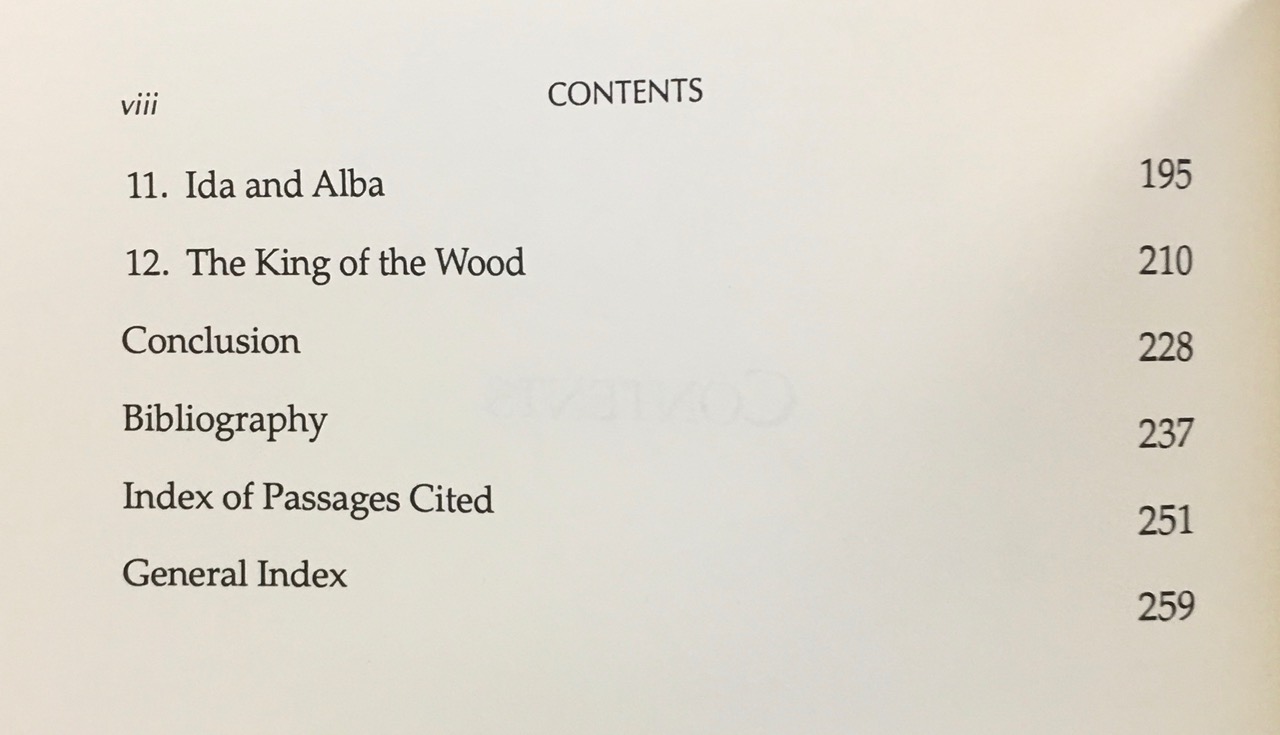 King of the Wood: The Sacrificial Victor in Virgil's Aeneid (Oklahoma Series for Classical Culture)

CLEAN!! No marks. Might as well be new. Appears unread. . . . . . In King of the Wood, Julia T. Dyson offers a radical reinterpretation of Virgil's Aeneid. She persuasively argues that Aeneas' final sacrifice of Turnus, which has perpetually troubled readers, is demanded by the religious framework of the poem. Bridging the longstanding gap between literary criticism and the study of Roman religion, this book shows that Virgil's allusions to Roman cult prophesy the sacrificial death of Aeneas himself. Most readers assume that the Aeneid's many sacrifices must be redemptive of the larger community. This book argues that taking Roman religion seriously points to the opposite conclusion. For the Romans, a faulty sacrifice was positively dangerous: ritual errors awakened the gods' anger and necessitated fresh offerings as atonement. And the sacrifices performed by Aeneas, for all his ostensible piety, are riddled with errors. Although countless works discuss the Aeneid's literary models, this book is the first to suggest that references to a cultic 'text' are as crucial to the poem's design as its refences to Greek epic and tragedy. King of the Wood invites a fundamental reappraisal not only of Virgil's poem but also of the role of religion in Roman literature and Roman life.

Title: King of the Wood: The Sacrificial Victor in Virgil's Aeneid (Oklahoma Series for Classical Culture)

The Aeneid of Virgil (Bantam Classics) 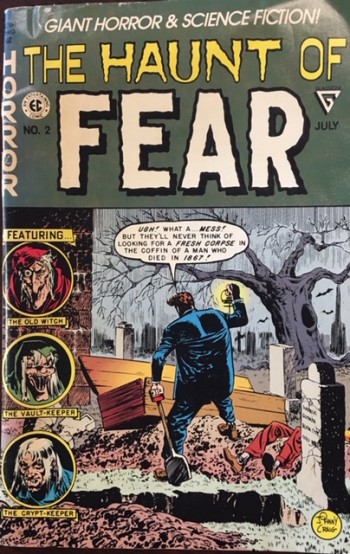 King of the Wood: The Sacrificial Victor in Virgil's Aeneid (Oklahoma Series for Classical Culture)