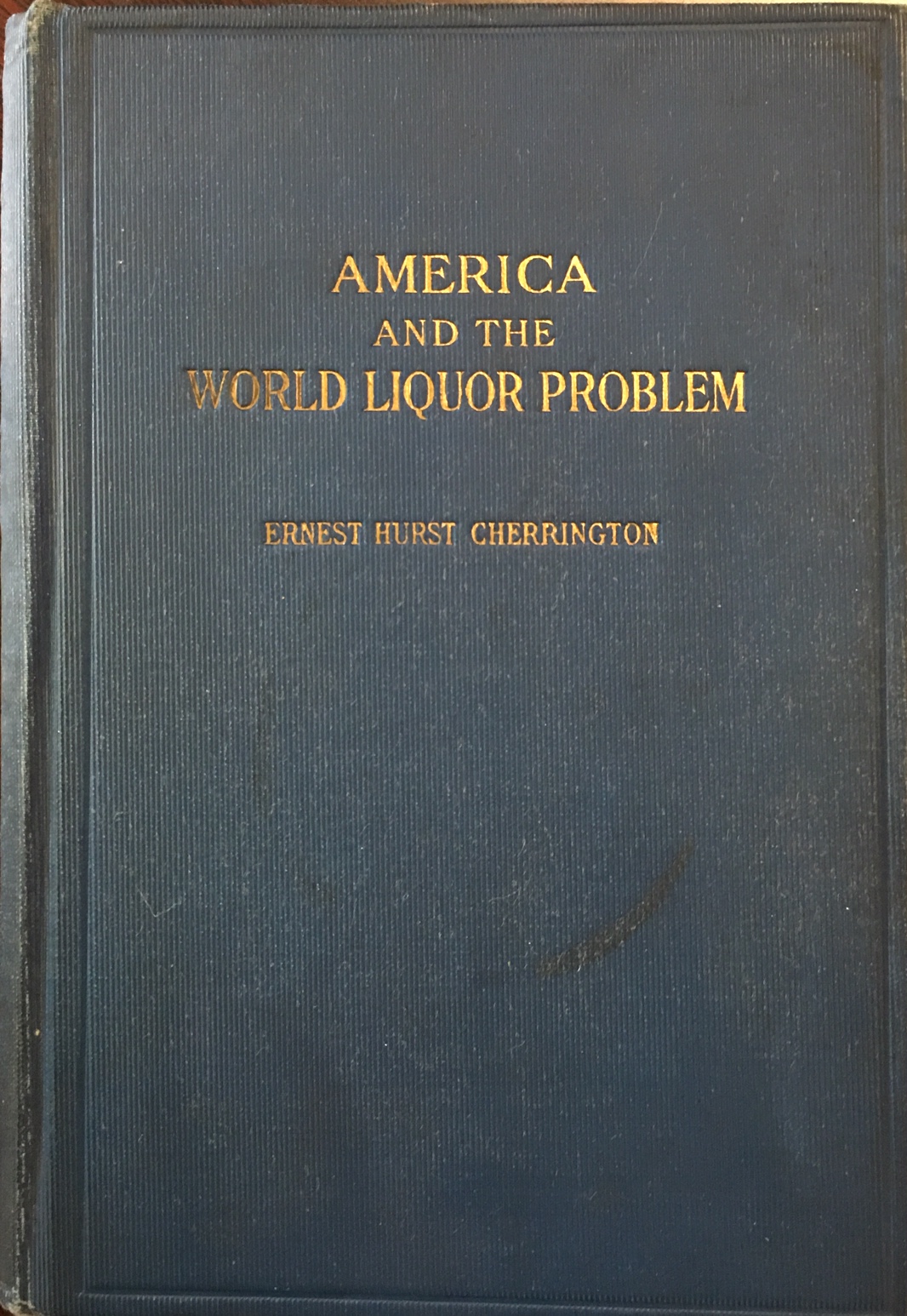 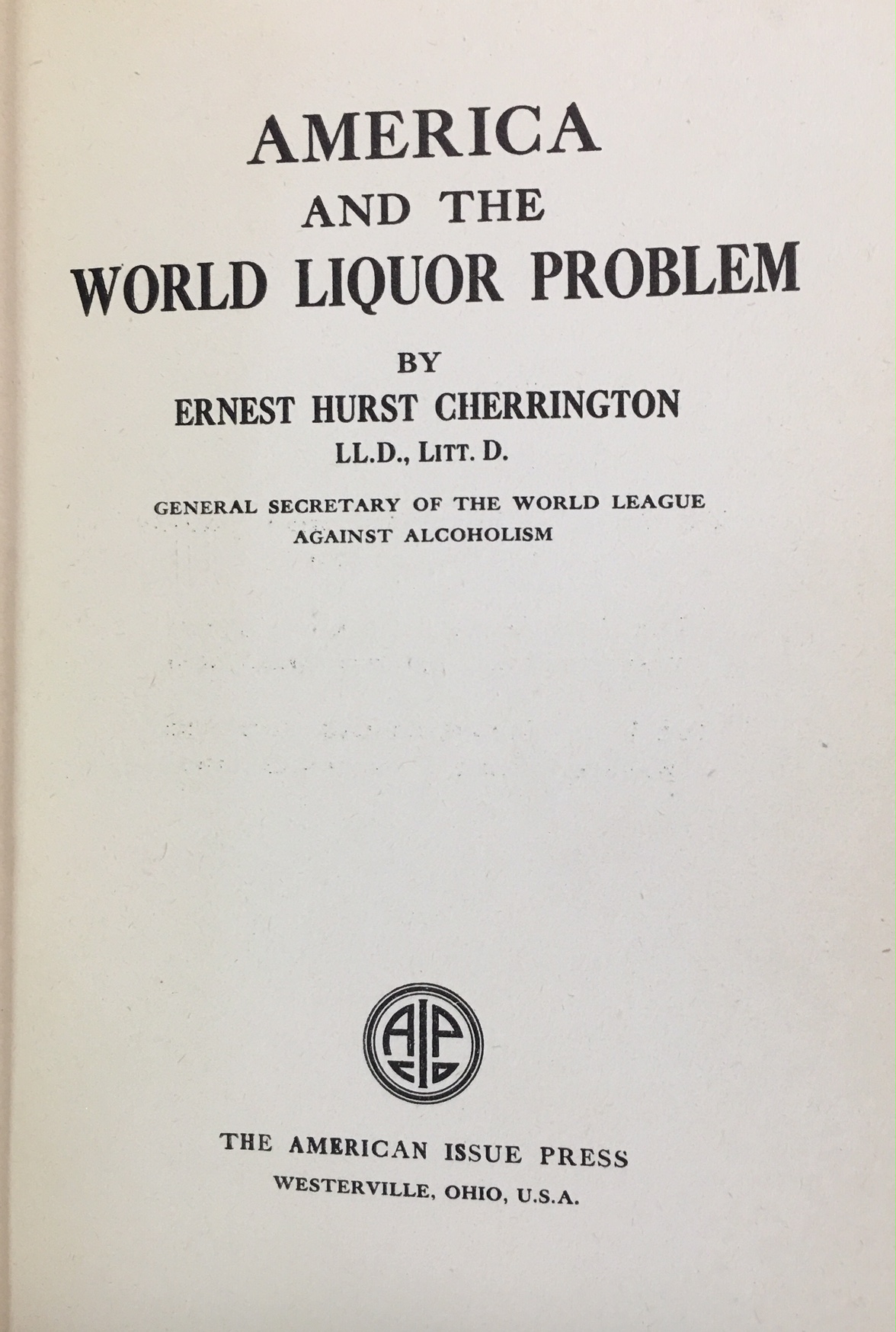 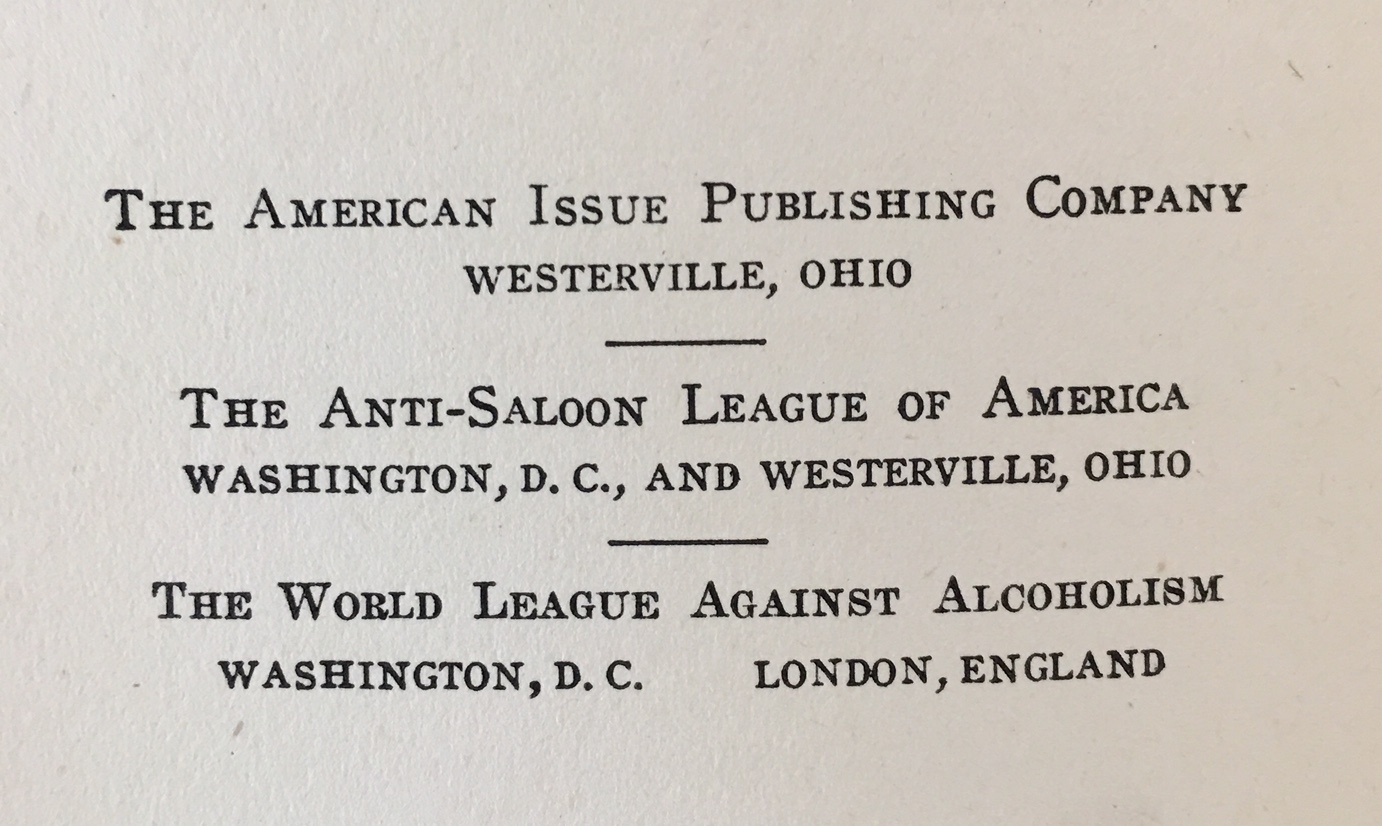 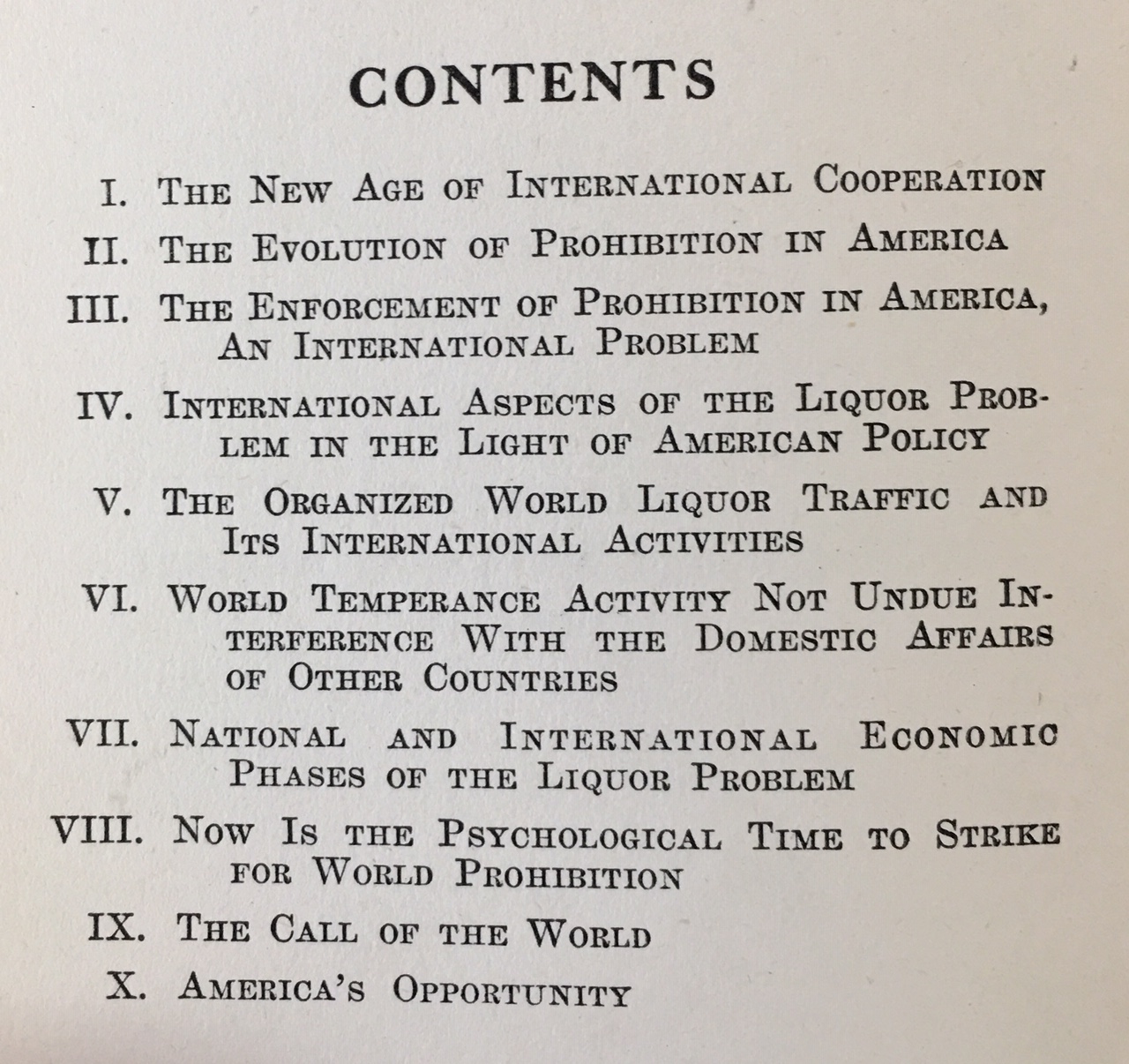 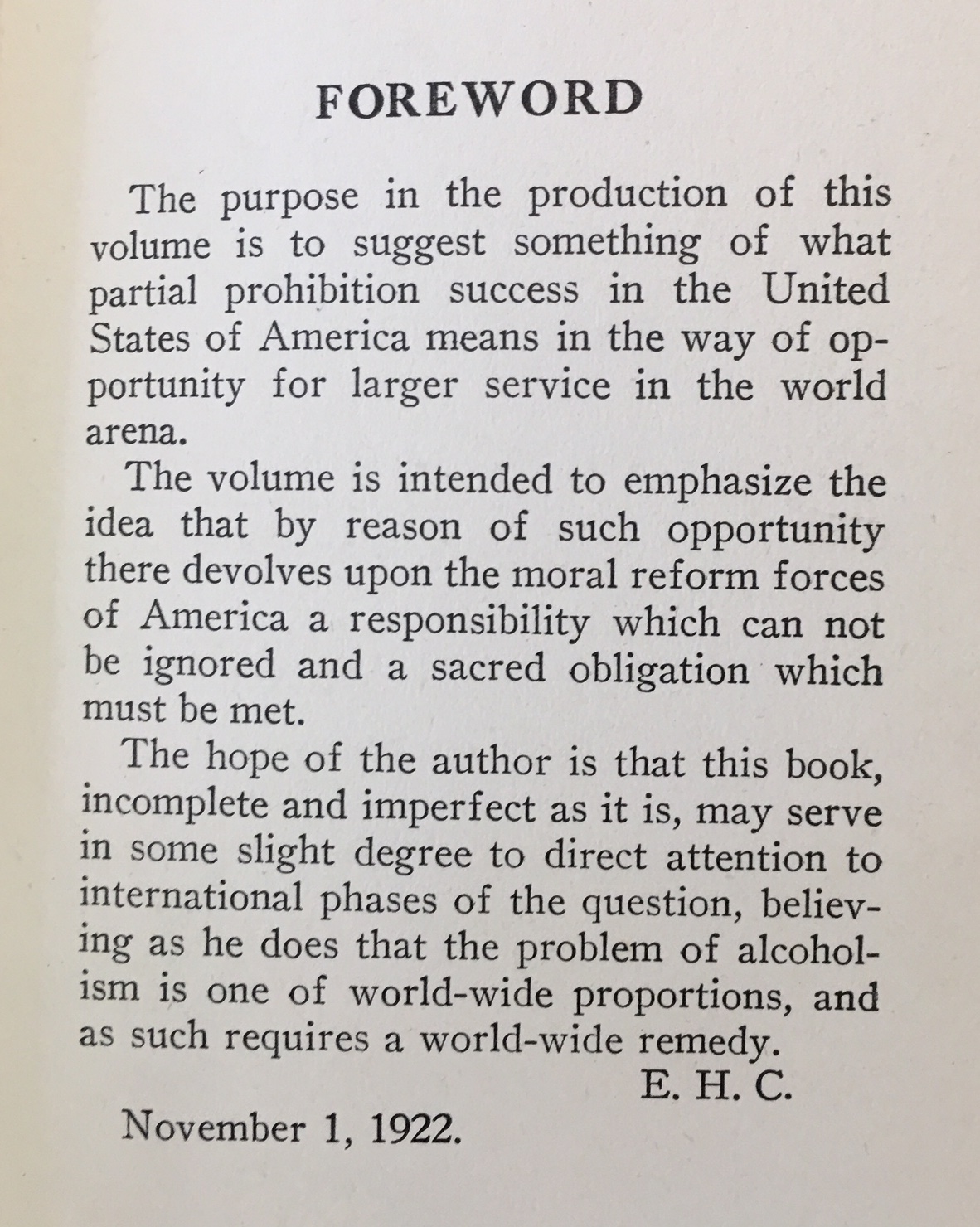 America and The World Liquor Problem

1st Edition (1922) No marks or writing observed in text. Binding tight and square. Gently read. . . . . . Table of Contents: 1.) The New Age Op International Cooperation -- 2.) The Evolution Of Prohibition In America -- 3.) The Enforcement Of Prohibition In America, An International Problem -- 4.) International Aspects Of The Liquor Problem In The Light Of American Policy -- 5.) The Organized World Liquor Traffic And Its International Activities -- 6.) World Temperance Activity Not Undue Interference With The Domestic Affairs of Other Countries -- 7.) National And International Economic Phases Of The Liquor Problem -- 8.) Now Is The Psychological Time To Strike For World Prohibition -- 9.) The Call Of The World -- 10.) America's Opportunity . . . . . . . . . . FOREWORD: The purpose in the production of this volume is to suggest something of what partial prohibition success in the United States of America means in the way of opportunity for larger service in the world arena. The volume is intended to emphasize the idea that by reason of such opportunity there devolves upon the moral reform forces of America a responsibility which can not be ignored and a sacred obligation which must be met. The hope of the author is that this book, incomplete and imperfect as it is, may serve in some slight degree to direct attention to international phases of the question, believing as he does that the problem of alcoholism is one of world-wide proportions, and as such requires a world-wide remedy.

Law and Logic: A Critical Account of Legal Argument (Library of Exact Philosophy) 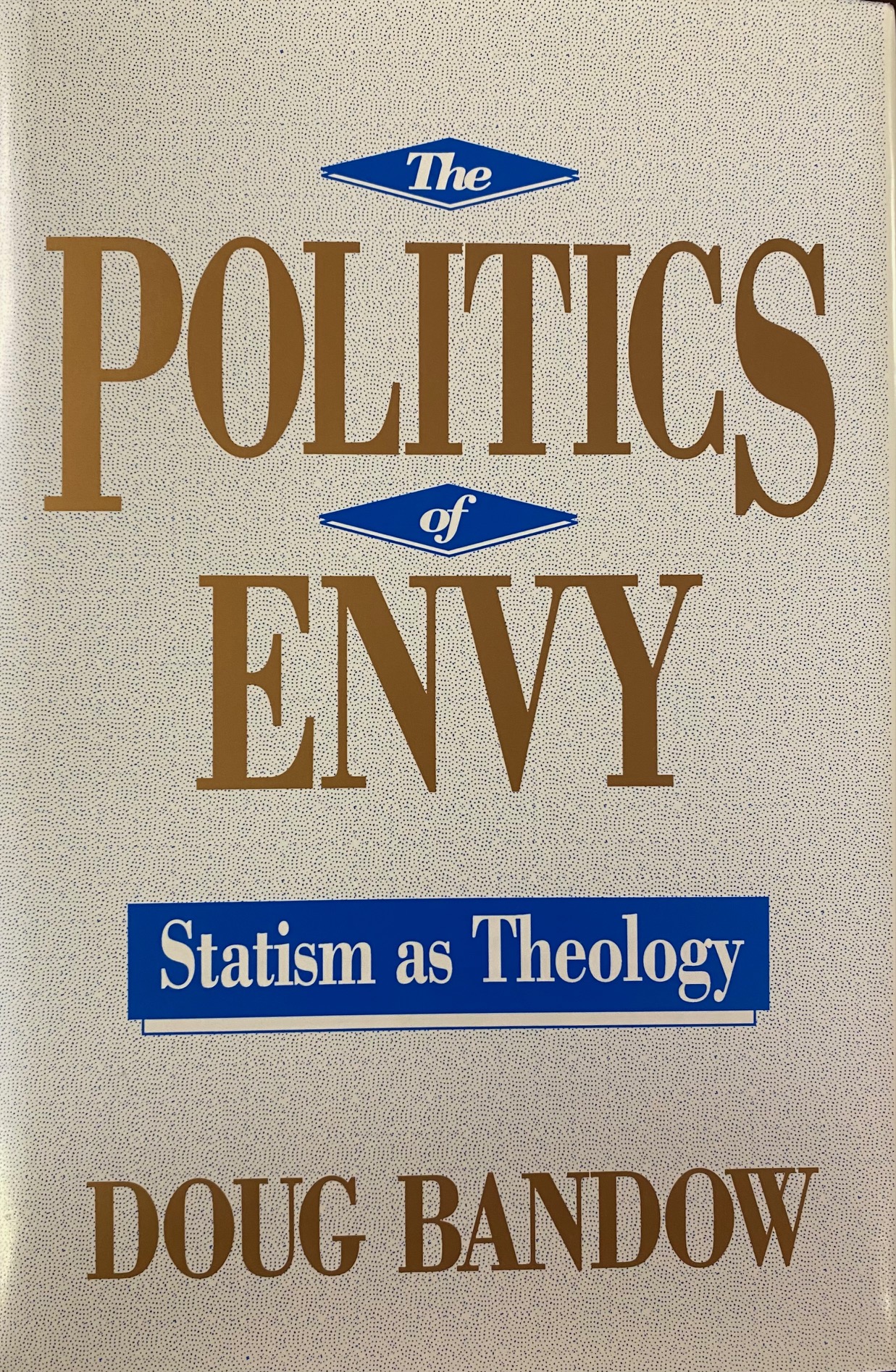 The Politics of Envy: Statism as Theology

America and The World Liquor Problem