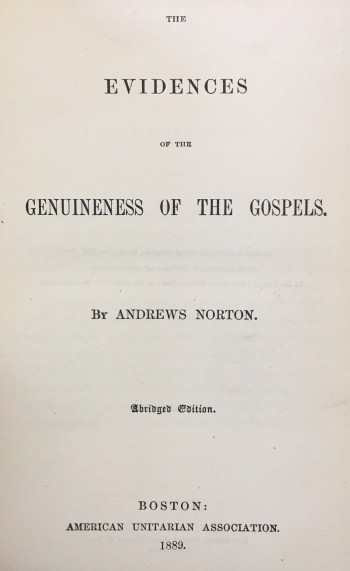 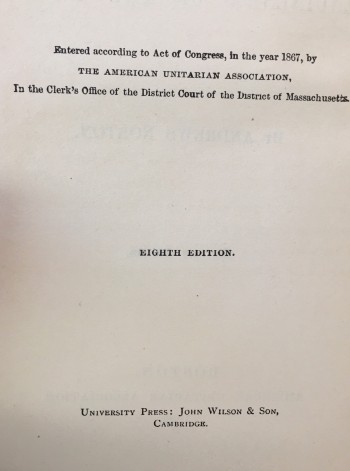 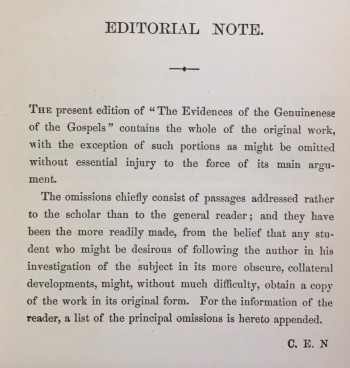 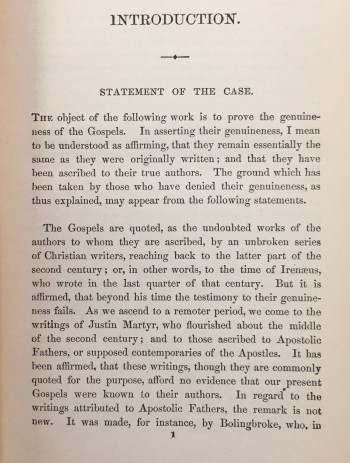 Evidences of the Genuineness of the Gospels (Abridged)

Abridged Edition (1889) No marks or writing observed in text. Binding lightly shaken but all pages secure. Cover is worn an drubbed. . . . . . . Andrews Norton (December 31, 1786 â€“ September 18, 1853) was an American preacher and theologian. Along with William Ellery Channing, he was the leader of mainstream Unitarianism of the early and middle 19th century, and was known as the Unitarian Pope. He was the father of the writer Charles Eliot Norton. Norton engaged in vigorous debates with George Ripley in 1836 and Ralph Waldo Emerson in 1838 (over Emerson's Divinity School Address). He opposed himself to the rise of Transcendentalism and insisted on the truth of some of the Biblical miracles, while rejecting most of those in the Old Testament, and a few in the new, including rejecting the virgin birth. In rejecting the virgin birth he went beyond William Ellery Channing.

Title: Evidences of the Genuineness of the Gospels (Abridged) 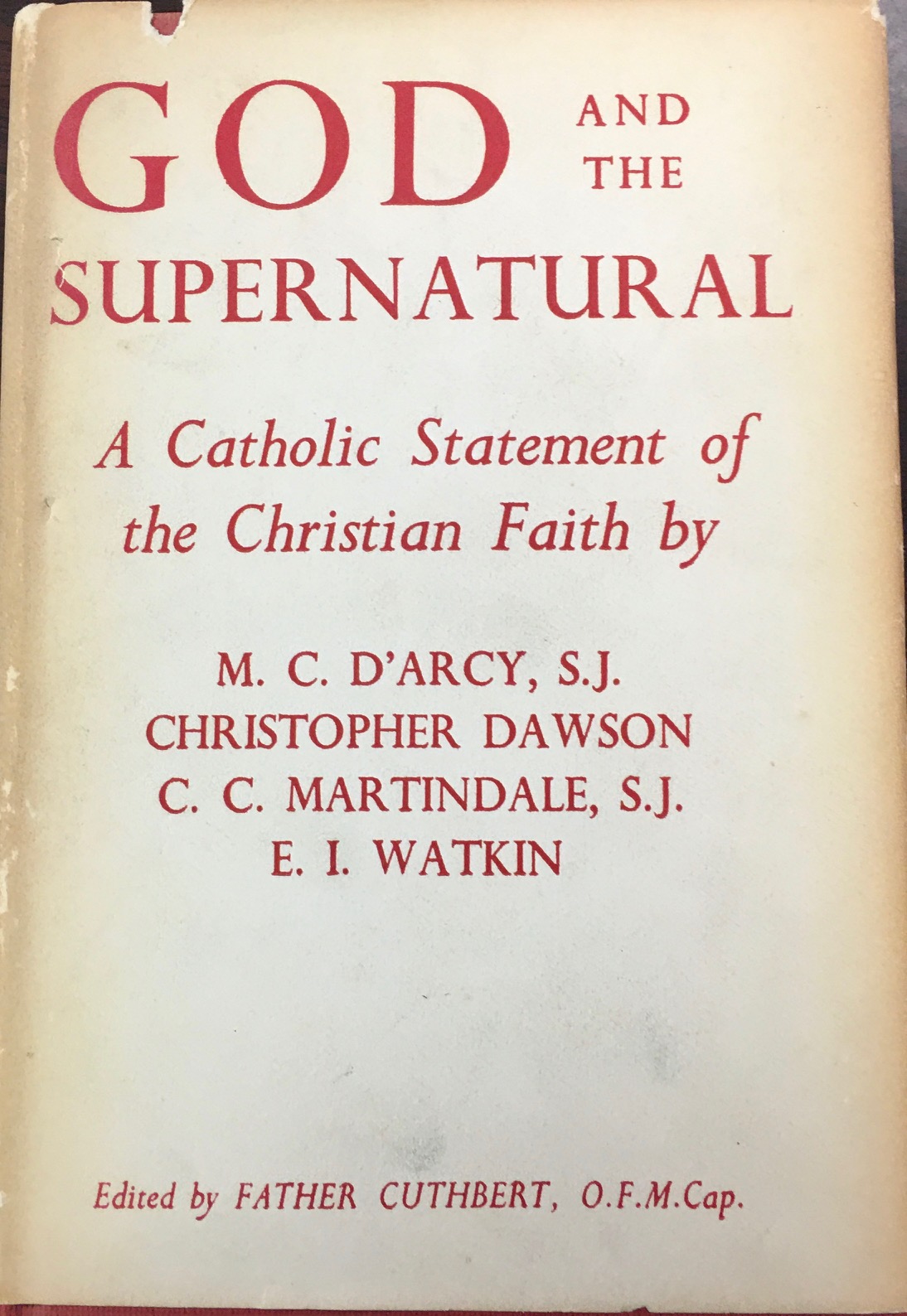 God and the Supernatural: A Catholic Statement of the Christian Faith (Abridged Edition)

Heavenly Mansions: and Other Essays on Architecture (Norton Books for Architects & Designers)

Evidences of the Genuineness of the Gospels (Abridged)