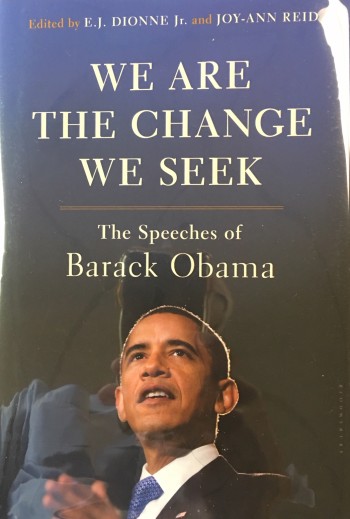 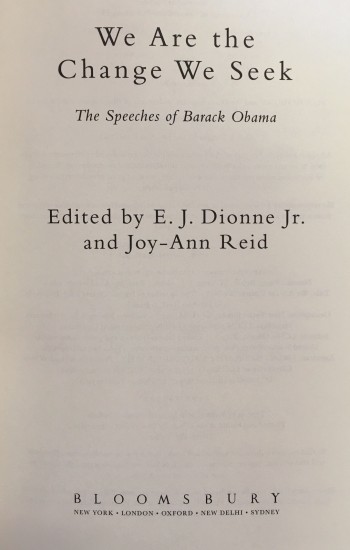 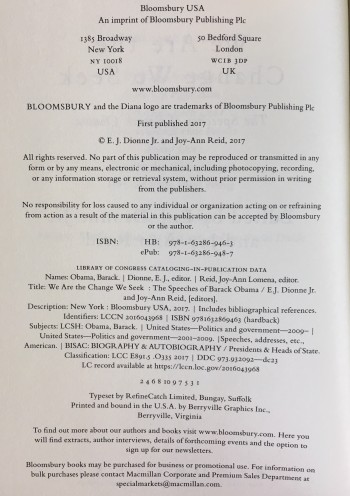 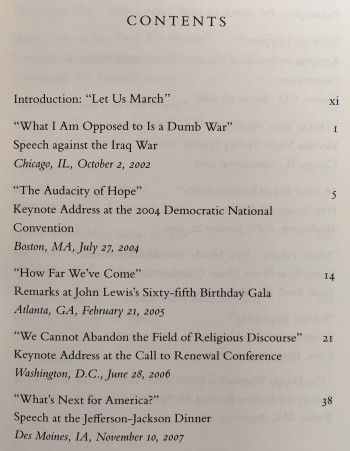 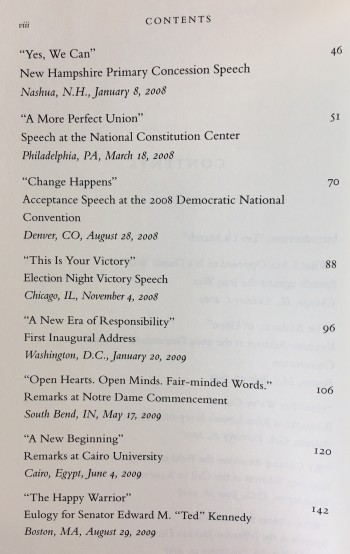 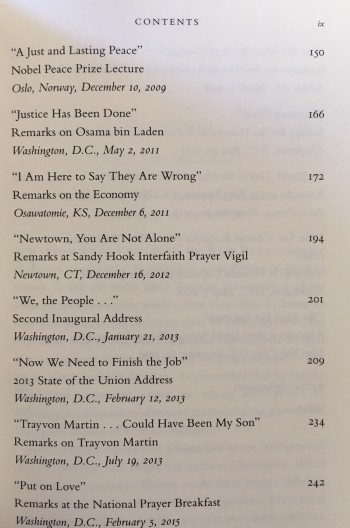 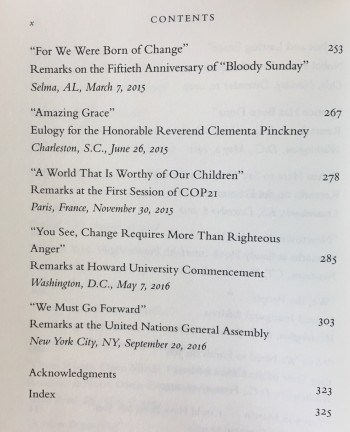 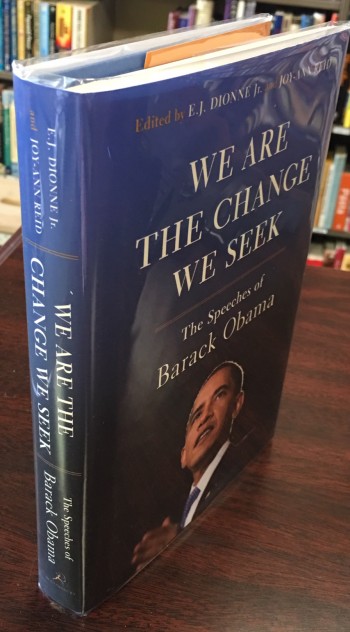 We Are the Change We Seek: The Speeches of Barack Obama

1st Edition / 1st Printing - CLEAN!! No marks. Might as well be new. Appears unread. From private collection, dust cover is in archival mylar. . . . . . . We Are the Change We Seek is a collection of Barack Obama's 26 greatest addresses: beginning with his 2002 speech opposing the Iraq War and closing with his final speech before the United Nations in September 2016. As president, Obama's words had the power to move the country, and often the world, as few presidents before him. Whether acting as Commander in Chief or Consoler in Chief, Obama adopted a unique rhetorical style that could simultaneously speak to the national mood and change the course of public events. Obama's eloquence, both written and spoken, propelled him to national prominence and ultimately made it possible for the son of a Kenyan man and a white woman from Kansas to become the first black president of the United States. These speeches span Obama's career--from his time in state government through to the end of his tenure as president--and the issues most important to our time: war, inequality, race relations, gun violence and human rights. The book opens with an essay placing Obama's oratorical contributions within the flow of American history by E.J. Dionne Jr., columnist and author of Why The Right Went Wrong, and Joy Reid, the host of AM Joy on MSNBC and author of Fracture.

Title: We Are the Change We Seek: The Speeches of Barack Obama 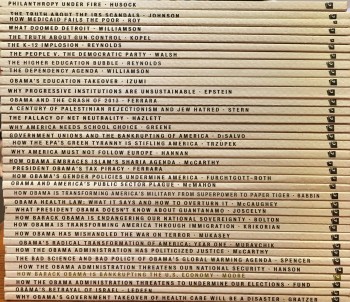 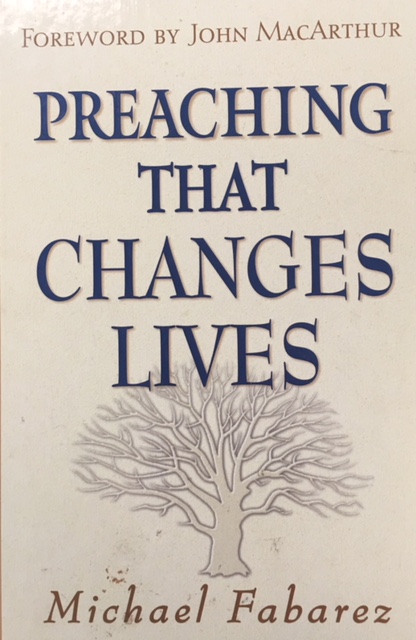 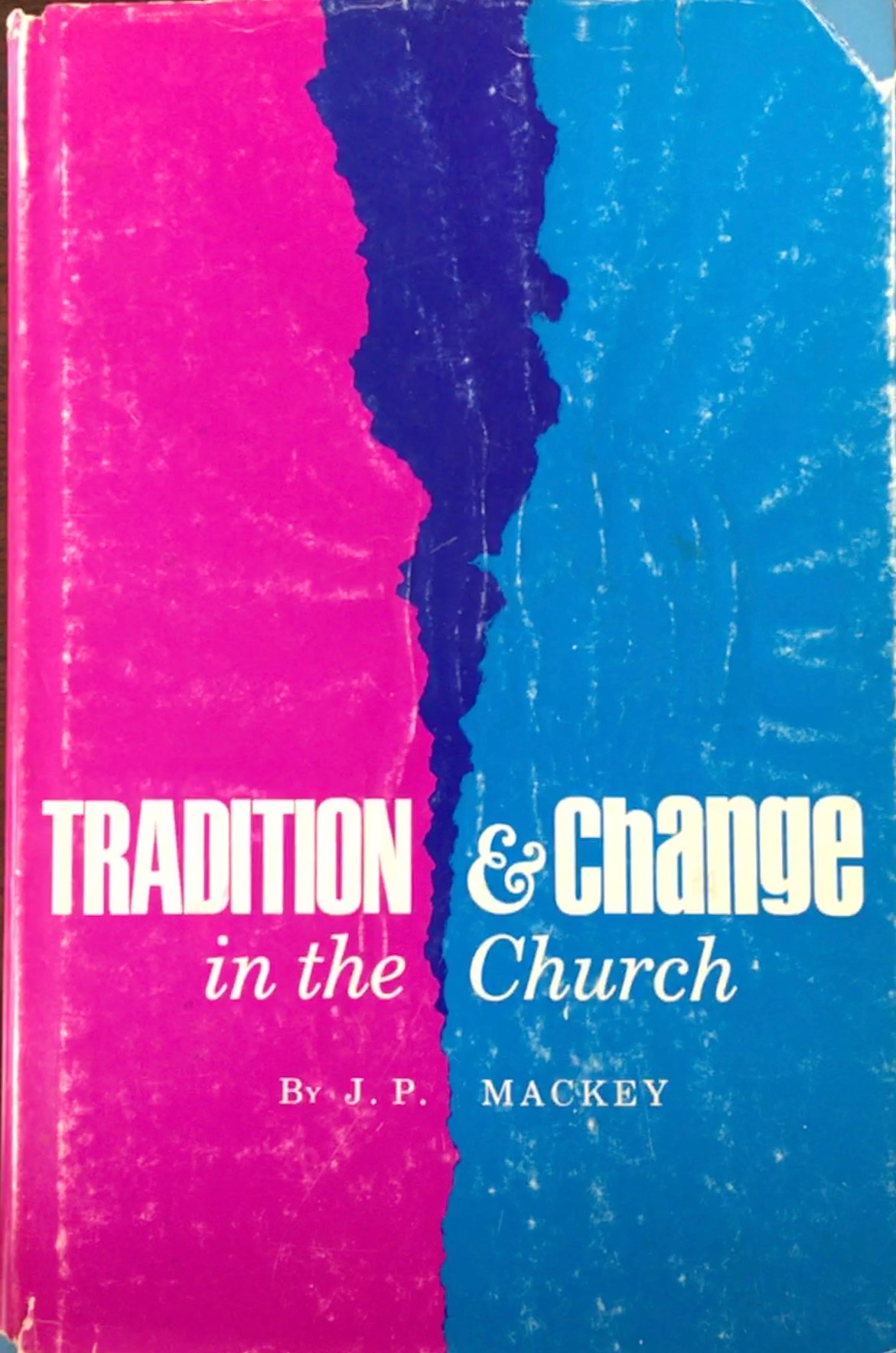 Tradition and Change In the Church

We Are the Change We Seek: The Speeches of Barack Obama