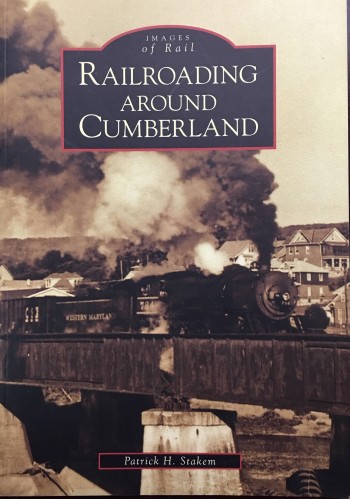 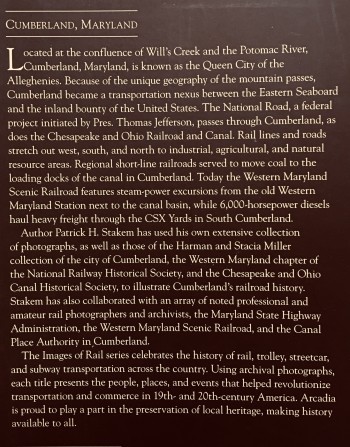 CLEAN!! No marks. Might as well be new. Appears unread. . . . . . . .Located at the confluence of Willâ€™s Creek and the Potomac River, Cumberland, Maryland, is known as the Queen City of the Alleghenies. Because of the unique geography of the mountain passes, Cumberland became a transportation nexus between the Eastern Seaboard and the inland bounty of the United States. The National Road, a federal project initiated by Pres. Thomas Jefferson, passes through Cumberland, as does the Chesapeake and Ohio Railroad and Canal. Rail lines and roads stretch out west, south, and north to industrial, agricultural, and natural resource areas. Regional short-line railroads served to move coal to the loading docks of the canal in Cumberland. Today the Western Maryland Scenic Railroad features steam-power excursions from the old Western Maryland Station next to the canal basin, while 6,000-horsepower diesels haul heavy freight through the CSX Yards in South Cumberland.

Baltimore and Ohio Railroad in Maryland, The (Images of Rail)