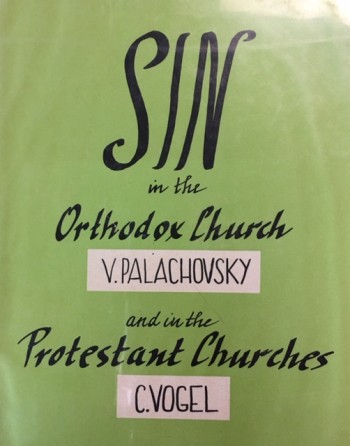 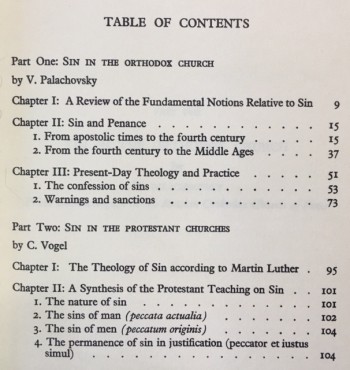 Sin In the Orthodox Church, and In the Protestant Churches

Ex-Library book with usual markings. Binding tight and square, no markings or writing observed in text. Dust-jacket in good condition with protective archival mylar covering. . . . . . . An appreciation of the theology of Orthodox and Protestant theology is a prelude to any dialogue or rapprochement between divided Christians. That is but one reason why this book is timely and important. The first part of this volume is a study of the Eastern theology of sin. The roots of Orthodox belief are venerable and ancient, and a survey of the early Christian epochs provides an essential background to the present topic. Father Palachovsky, after clarifying the biblical teaching on sin, examines the theological development and practice of penance from the Christian beginnings to the Middle Ages. From the exomologesis, or public confession, of the first century -- which was no more than a sacramental linked to the sacrament of the Eucharist -- he traces the checkered evolution to the seventh and subsequent centuries when the sacrament of penance became firmly accepted as the only means for the remission of sin. Of paramount importance is his treatment of the teaching of the Eastern Fathers on original sin-Basil, Athanasius, Gregory of Nyssa, John Chrysostom, who are the dominating and determining influence on the Orthodox theology. He sets his detailed treatment of penance and sin in Orthodoxy in the context of total prayer-life of the Eastern Christians, in whose liturgy and spirituality the concept of penance is a predominant element. In the second part, Professor Vogel examines the notion of sin in the Churches who share the Lutheran tradition. Elucidating Luther's key doctrine of justification - a concept which has nothing in common with the Catholic concept of justification -- he states the current theological position by drawing on the work of Otto Piper and Paul Althaus, two of the most distinguished contemporary theologians in the authentic Lutheran tradition. In this context, sin is a lack of faith arising from the total corruption of man through original sin. Actual sin is no more than a manifestation of this corrupt and innate state, and consequently the division of sin into grave and venial is wholly irrelevant. Through faith man is justified -- but remains inherently sinful; but, insofar as he is justified, sin is not imputed to him through the gratiuitous mercy of God. The author's skillful and lucid presentation of oft-misunderstood aspects of the Luteran theology of sin is ecumenically needed and welcome.

Title: Sin In the Orthodox Church, and In the Protestant Churches

The Modern Theologians: An Introduction to Christian Theology in the Twentieth Century (Volume II) 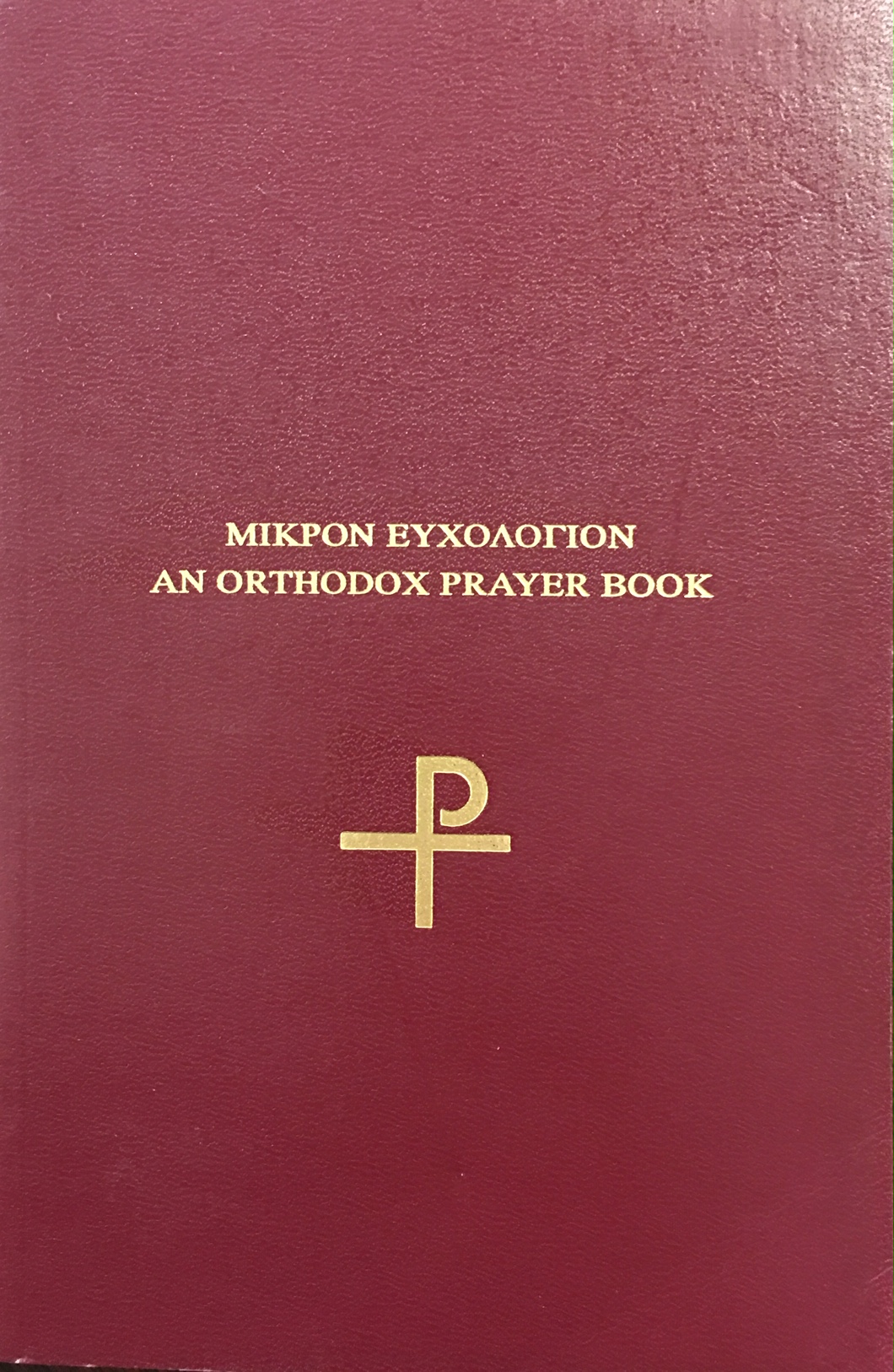 Sin In the Orthodox Church, and In the Protestant Churches