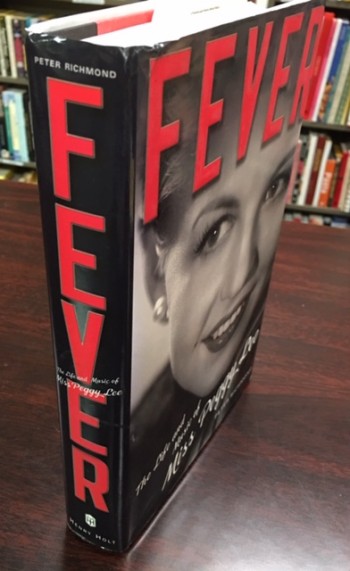 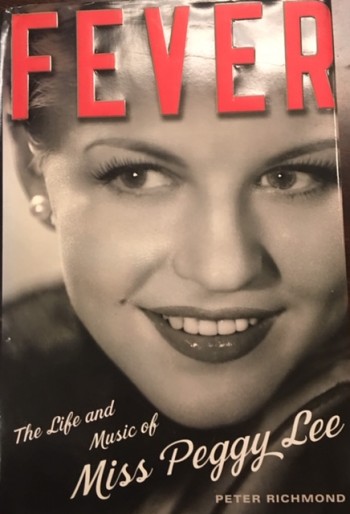 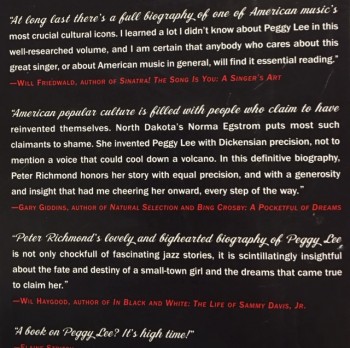 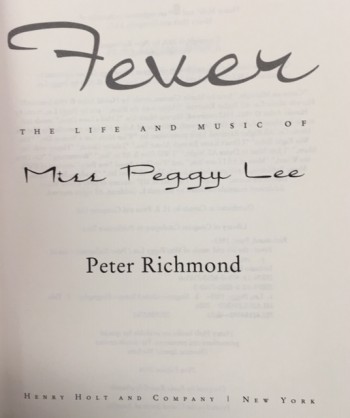 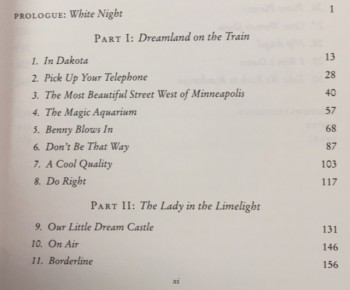 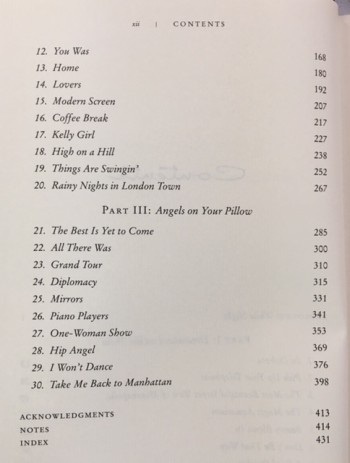 Fever : The Life And Music of Miss Peggy Lee

1st Edition / 1st Printing - No marks or writing observed in text. Binding tight and square. Gently read. . . . . . The first major biography of the legendary singer--an enthralling account of a charismatic artist moving through the greatest, most glamorous era of American music 'I learned courage from Buddha, Jesus, Lincoln, and Mr. Cary Grant.' So said Peggy Lee, the North Dakota girl who sang like she'd just stepped out of Harlem. Einstein adored her; Duke Ellington dubbed her 'the Queen.' With her platinum cool and inimitable whisper she sold twenty million records, made more money than Mickey Mantle, and along with pals Frank Sinatra and Bing Crosby presided over music's greatest generation. Yet beneath the diamonds she was still Norma Delores Egstrom, insecure and always looking for acceptance. Drawing on exclusive interviews and new information, Peter Richmond delivers a complex, compelling portrait of an artist and an era that begins with a girl plagued by loss, her father's alcoholism, and her stepmother's abuse. One day she gets on a train hoping her music will lead her someplace better. It does--to a new town and a new name; to cities and clubs where a gallery of brilliant innovators are ushering in a brand-new beat; to four marriages, a daughter, Broadway, Vegas, and finally Hollywood. Richmond traces how Peggy rose, right along with jazz itself, becoming an unstoppable hit-maker ('Fever,' 'MaÃ±ana,' 'Is That All There Is?'). We see not only how this unforgettable star changed the rhythms of music, but also how--with her drive to create, compose, and perform--she became an artist whose style influenced k.d. lang, Nora Jones, and Diana Krall. Fever brings the lady alive again--and makes her swing.

Title: Fever : The Life And Music of Miss Peggy Lee 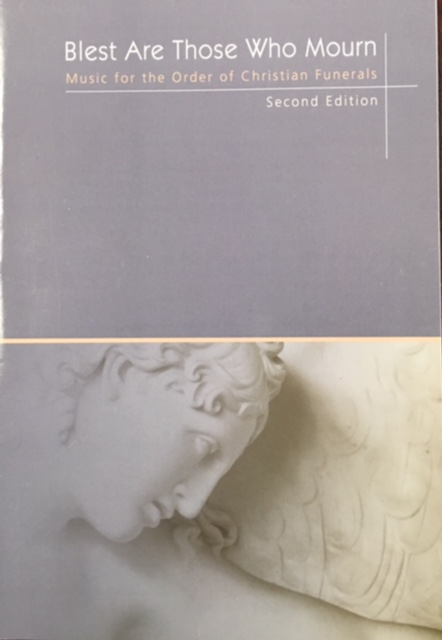 Blest Are Those Who Mourn: Music for the Order of Christian Funerals (2nd Edition)

The Musical Heritage Of The Church (Volume VI)

Fever : The Life And Music of Miss Peggy Lee