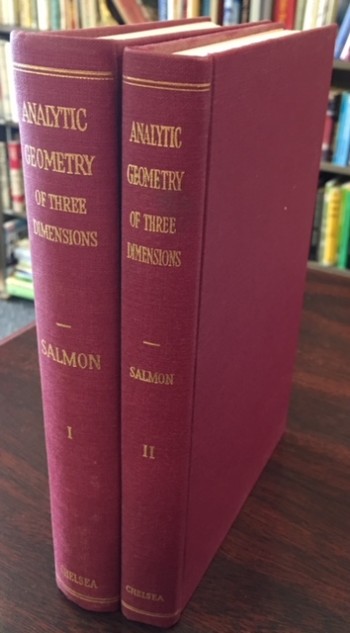 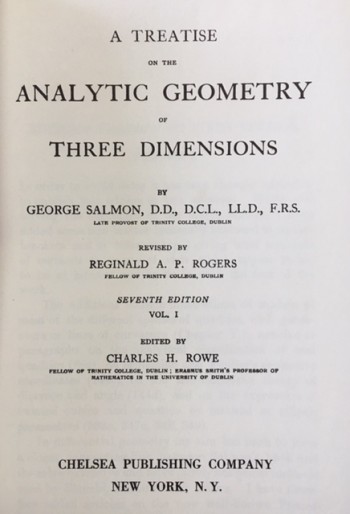 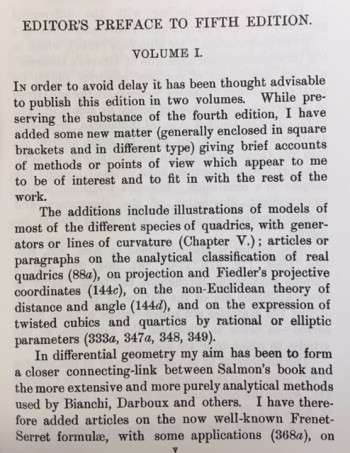 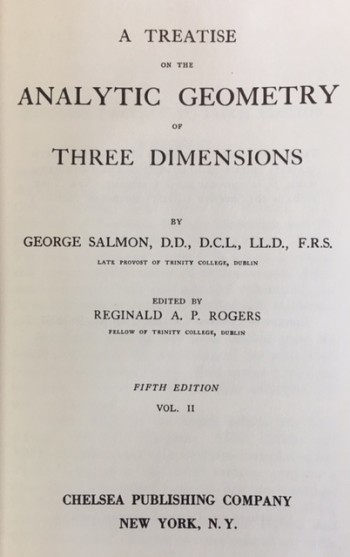 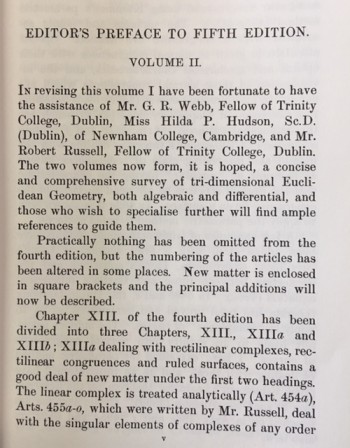 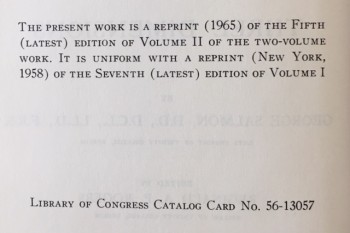 2 Volume Set - VERY GOOD+ (Vol I a reprint of the 7th (latest) edition - Printed 1958 / Vol II a reprint of the 5th (latest) edition - printed 1965, both by Chelsea Publishing in matching bindings. Vol I has the original plaine brown paper dust jacket. No marks or writing observed in text. Bindings tight and square. Gently read. . . . . . . . . . Rev Prof George Salmon DD FBA FRS FRSE LLD (25 September 1819 to 22 January 1904) was a distinguished and influential Irish mathematician and Anglican theologian. After working in algebraic geometry for two decades, Salmon devoted the last forty years of his life to theology. His entire career was spent at Trinity College Dublin. Meanwhile, back in 1848 Salmon had published an undergraduate textbook entitled A Treatise on Conic Sections. This text remained in print for over fifty years, going through five updated editions in English, and was translated into German, French and Italian. Salmon himself did not participate in the expansions and updates of the more later editions. The German version, which was a 'free adaptation' by Wilhelm Fiedler, was popular as an undergraduate text in Germany. Salmon also published two other mathematics texts, A Treatise on Higher Plane Curves (1852) and A Treatise on the Analytic Geometry of Three Dimensions (1862). These too were in print for a long time and went through a number of later editions, with Salmon delegating the work of the later editions to others.

Title: A Treatise On the Analytic Geometry of Three Dimensions - 2 Volume Set

The Photographic History of the Civil War, Complete Set, in Ten (10) Volumes