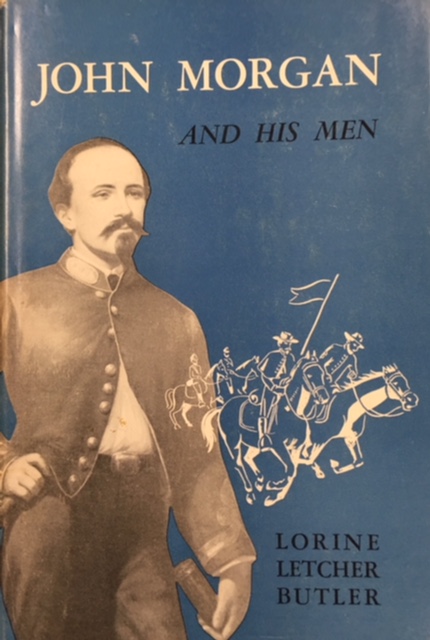 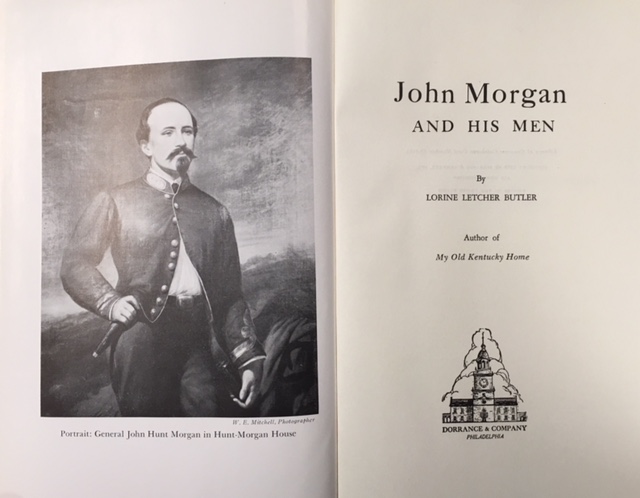 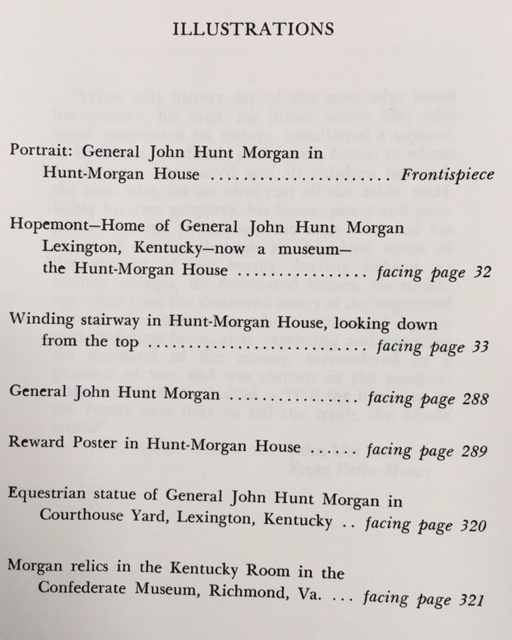 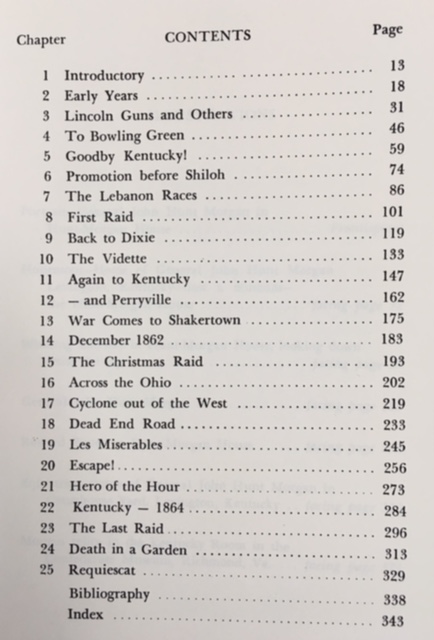 John Morgan and His Men

No marks or writing observed in text. Binding tight and square. Gently read. DJ is good with a couple of small repaired tears. . . . . . . . . . . . . . John Hunt Morgan was born in Huntsville, Alabamain 1825, but moved with his family to Kentucky when he was young. His father claimed to be a descendant of the Revolutionary War hero, Daniel Morgan. Morgan grew up on the family farm, received his basic education in the Lexington area, and later spent two years at Transylvania College. Morganâ€™s first military experience occurred in the Mexican War, where he led a volunteer company. Following the war, Morgan returned to Lexington and became a successful merchant, specializing in the sale of hemp clothing. He also was active in community affairs and in 1857, established the Lexington Rifles, a local militia unit. The illness and eventual death of his wife prevented Morgan from immediately joining Confederate forces in early 1861. He later signed on as a scout and was rapidly promoted. Morgan gained lasting fame for the cavalry exploits of his soldiers, known as 'Morganâ€™s Raiders.' They became widely known for staging lightning-like strikes into enemy territory â€” usually to disrupt supply lines â€” and avoiding direct encounters whenever possible. From his base in Tennessee, Morgan conducted his first raid in July and August of 1862. His soldiers, and those of Nathan Bedford Forrest, were instrumental in disrupting the march of D.C. Buell toward Chattanooga. A second raid was made in October 1862, and a third in late December. Morgan introduced a new tactic to the warfare of his day; he carried a portable battery on his raids that enabled him to tap into telegraph lines. With access to enemy communications, he was able to intercept orders and also send his own. In July 1863, Morganâ€™s Raiders conducted their most famous foray. They were sent into Kentucky again, but Morgan violated his orders and crossed the Ohio River into Indiana. The Raiders swept eastward into Ohio, triggering panic in Cincinnati. Morgan prohibited his men from plundering private property, allowing them to take only needed food and supplies. On this raid, they captured 6,000 prisoners and caused damage to public property exceeding $10 million. Pursuing Union soldiers inflicted heavy losses on Morganâ€™s forces and he was eventually captured near New Lisbon, Ohio, in late July. Morgan was imprisoned in the Ohio Penitentiary in Columbus, but managed to tunnel his way out of the massive stone structure in November. He returned to the south and rejoined the Confederate cause, obtaining commands in Tennessee and Virginia, in 1864. Morgan was surprised and killed by Union forces near Greenville, Tennessee, in September. John Hunt Morgan was one of the most daring and romantic figures of the Civil War. His exploits were in many ways similar to another prominent Confederate leader, J.E.B. Stuart.

Title: John Morgan and His Men

John Morgan and His Men