The Reformation of the Sixteenth Century

No marks or writing observed in text. Binding tight and square. . . . . . . . . . . . . 'This book is a masterpiece, as are the author's two books on women in the Reformation (between them they cover women in France, Germany, Italy and a 4th country). Prof. Roland Bainton of Princeton was a truly extraordinary person -- deeply religious yet down-to-earth and a model of respect for all faith traditions in the US of his time (1940s and 50s). (He emigrated from England as a child and was, I *think*, associated with the Society of Friends.) The book is divided into relatively short, very clearly written, chapters, each on a distinct aspect of the Reformation. Although not disproportionate to the larger groupings of the Reformation -- Lutheranism, Calvinism (centered initially in Geneva), and Zwingli (in Zurich) -- this book provides an outstanding and very accessible introduction to the least-known and least-understand of the faith traditions of the Reformation: the Anabaptists. The Anabaptists were so committed to their understanding of the Gospels that they were willing to give their lives for their conviction that only adult baptism was legitimate. Their opposition to infant baptism and their belief in what today would be called pacifism exposed them to terrible persecution, for which Prof. Bainton conveys deep sympathy. We know the Anabaptists in the Americas today mostly as the Amish, the Mennonites, the Pennsylvania Deutsch (= Germans) ['Dutch' in this instance is a corruption of 'Deutsch' which means 'German'], the Hutterites, and the Brethren (or Church of the Brethren). This book is a quick read (unless you underline practically every sentence with different-colored highlighters as I did) and one I believe that readers will always be grateful for having read. Bright students from 8th or 9th grade through academics in other fields will all find much to appreciate in this book and in Prof. Bainton's other books on the Reformation, particularly the two entitled Women of the Reformation mentioned above. (He was VERY progressive in his respect for women given the period in which he wrote.) I would give all three titles the highest possible recommendation.' -- Margaret Low

Title: The Reformation of the Sixteenth Century 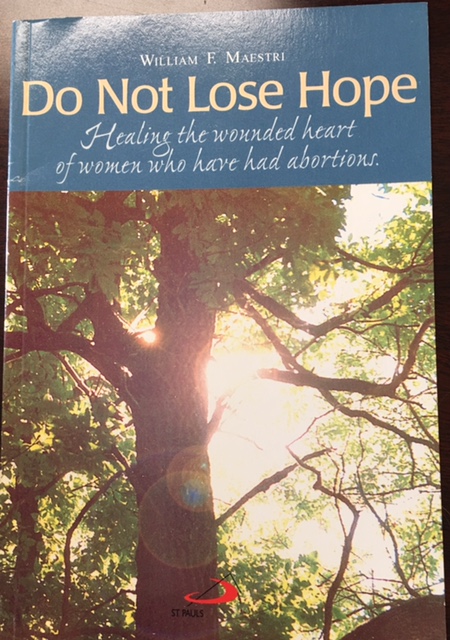 Do Not Lose Hope : Healing the Wounded Heart of Women Who Have Had Abortions

By: Women's Association of the Bedford Presbyterian Church, Bedford, NY