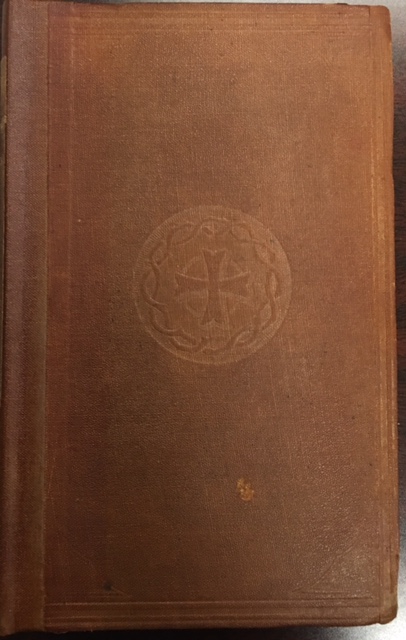 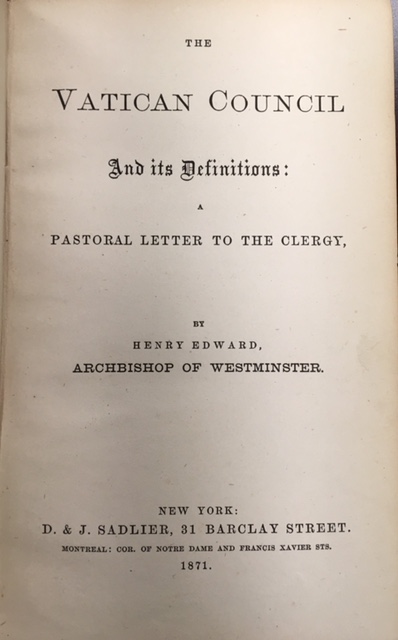 The Vatican Council and Its Definitions: A Pastoral Letter to the Clergy

Newly rebound using original boards. New spine with original spine cloth pasted down. No marks or writing observed in text. Binding very tight and square. NOT ex-library ................. .................... ................... Henry Edward Manning (15 July 1808 â€“ 14 January 1892) was an English Roman Catholic Archbishop of Westminster and a cardinal. Manning's belief in Anglicanism was shattered in 1850 when, in the so-called Gorham judgement, the Privy Council ordered the Church of England to institute an Evangelical cleric who denied that the sacrament of baptism had an objective effect of baptismal regeneration. The denial of the objective effect of the sacraments was to Manning and many others a grave heresy, contradicting the clear tradition of the Christian Church from the Fathers of the Church on. That a civil and secular court had the power to force the Church of England to accept someone with such an unorthodox opinion proved to him that, far from being a divinely created institution, that church was merely a man-made creation of the English Parliament. Manning was very influential in setting the direction of the modern Catholic Church. His warm relations with Pope Pius IX and his ultramontane views gained him the trust of the Vatican, though 'it was ordained that he should pass the evening of his days in England, and that he should outlive his intimacy at the Vatican and his influence on the general policy of the Church of Rome.' Manning used this goodwill to promote a modern Roman Catholic view of social justice. These views are reflected in the papal encyclical Rerum novarum issued by Leo XIII which marks the beginning of modern Roman Catholic social justice teaching. Manning was among the strongest supporters of the doctrine of papal infallibility, unlike Cardinal Newman who believed the doctrine but thought it might not be prudent to define it formally at the time. (For a comparison of Manning and Newman, see the section entitled 'Newman and Manning' in the article on Cardinal Newman.) Manning was instrumental in settling the London Dock Strike of 1889 at the behest of Margaret Harkness] He had a significant role in the conversion of notable figures including Elizabeth Belloc, the mother of the famous British author Hilaire Belloc, upon whose thinking Manning had a profound influence.

Title: The Vatican Council and Its Definitions: A Pastoral Letter to the Clergy 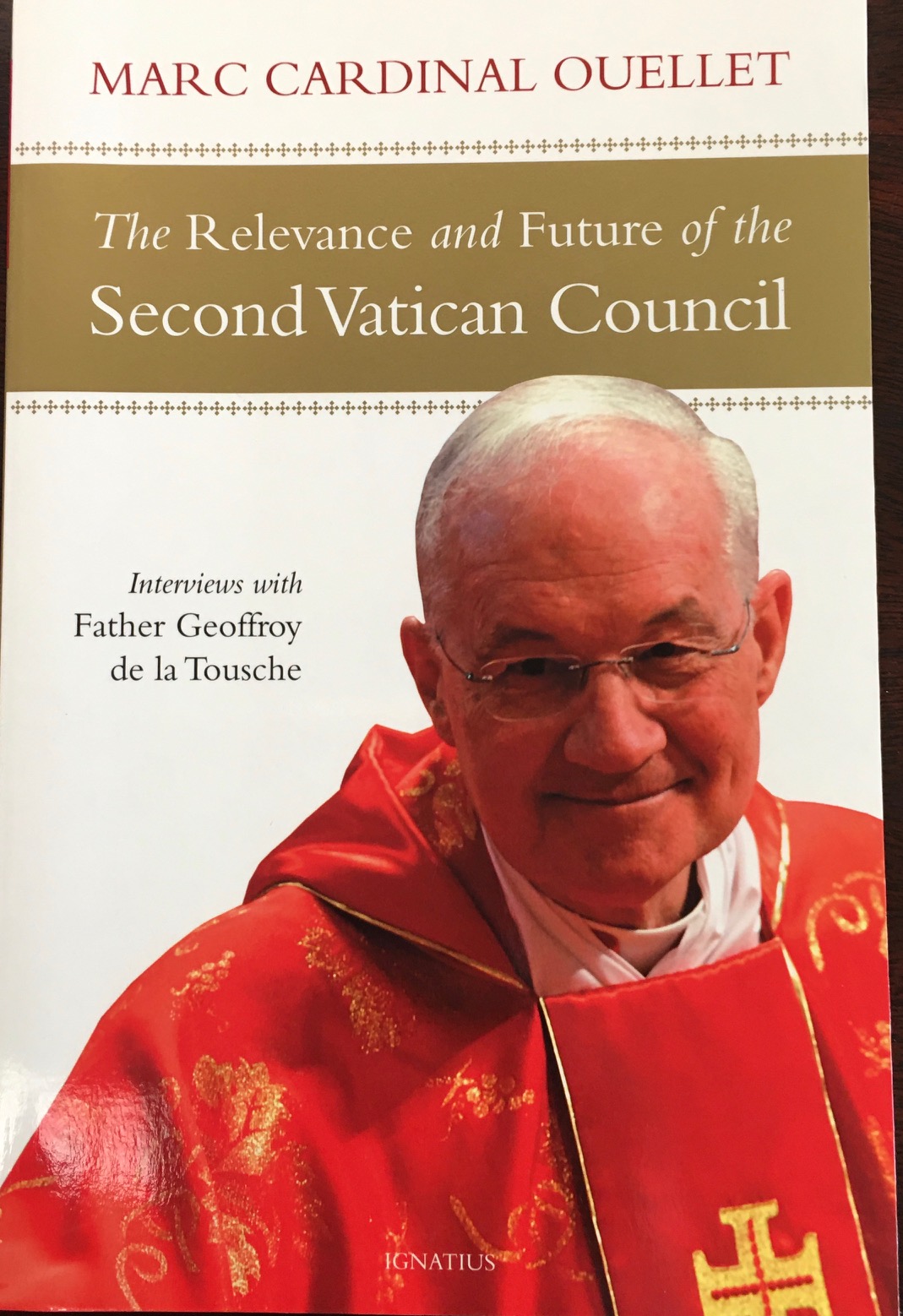 The Relevance and Future of the Second Vatican Council 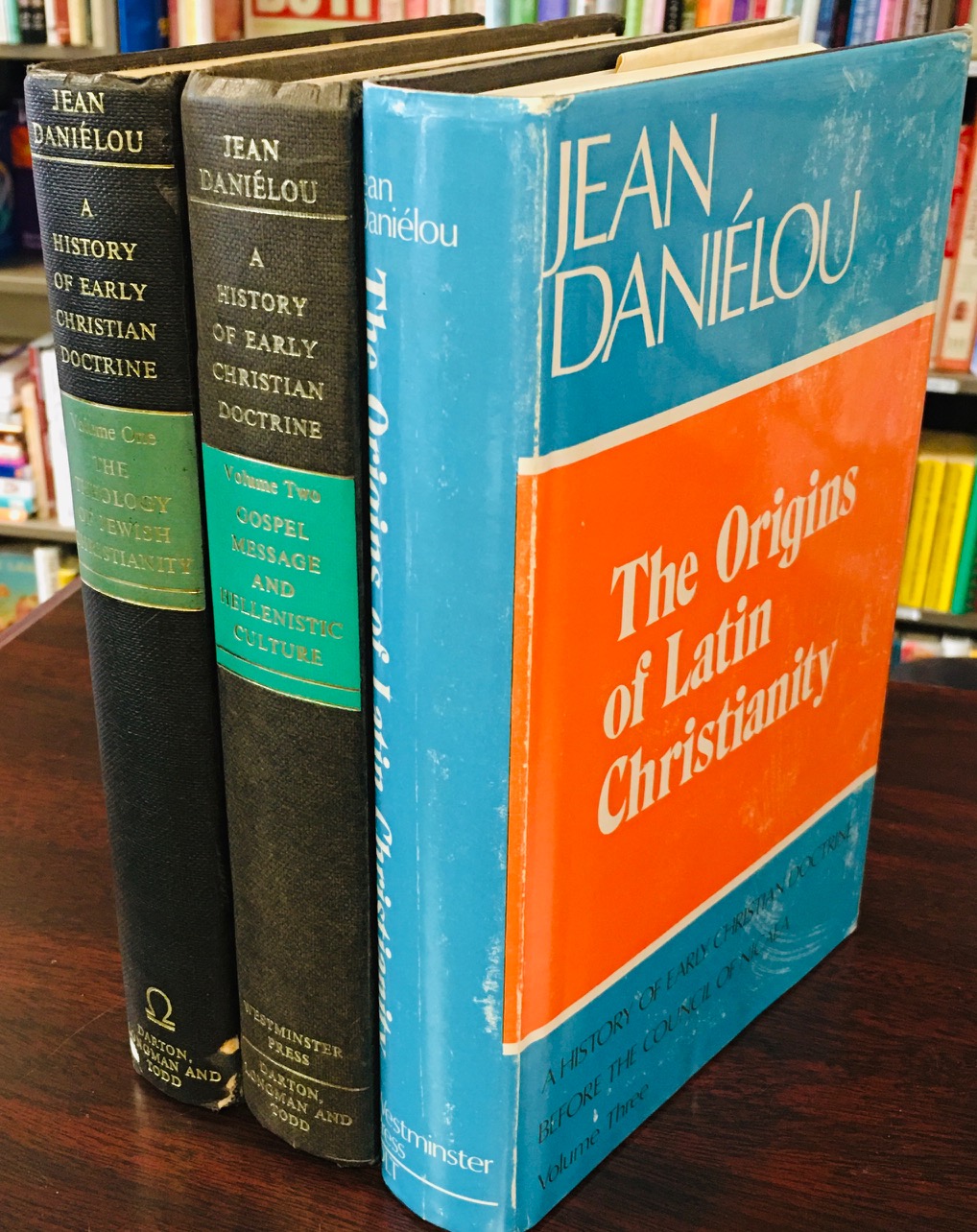 The Vatican Council and Its Definitions: A Pastoral Letter to the Clergy