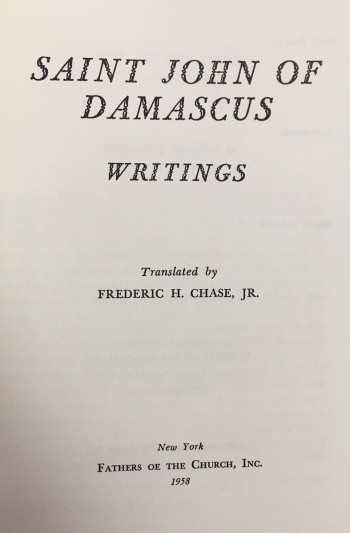 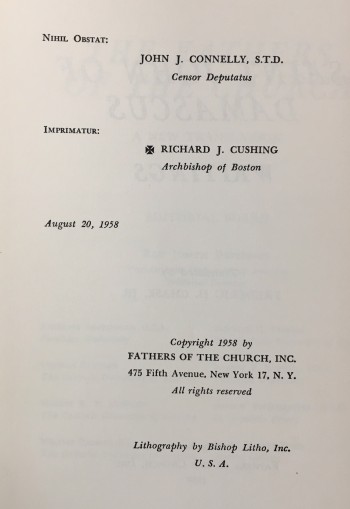 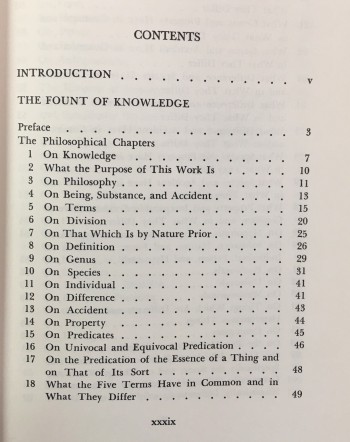 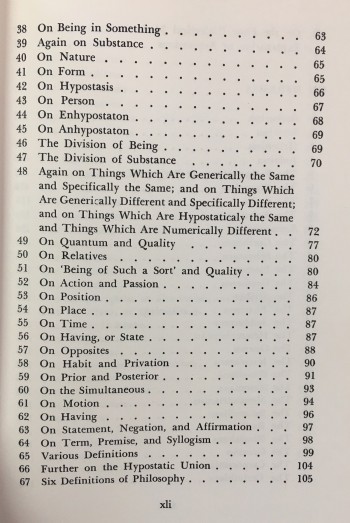 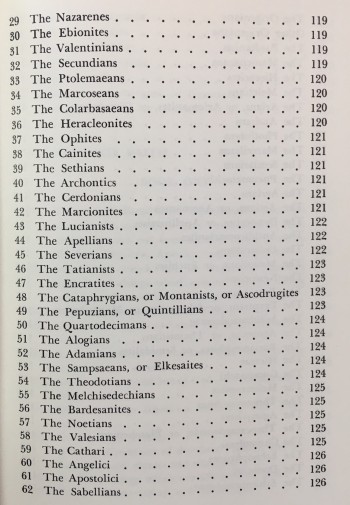 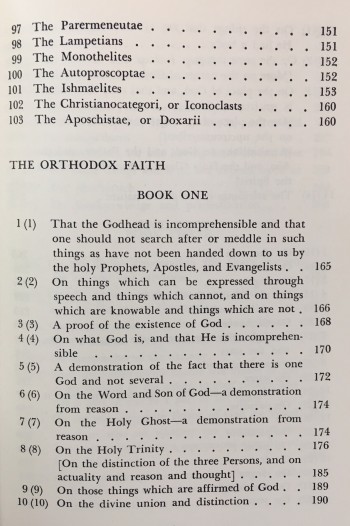 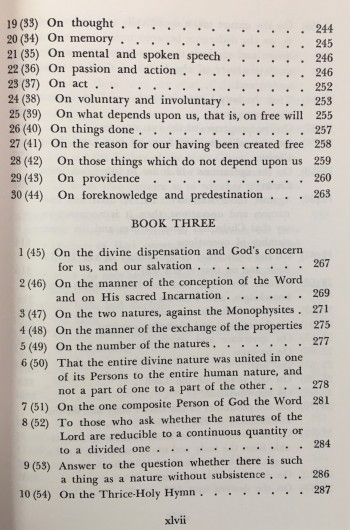 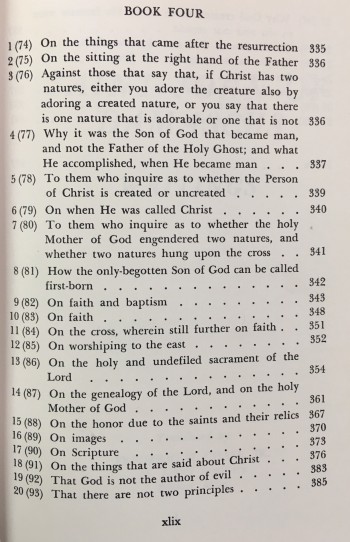 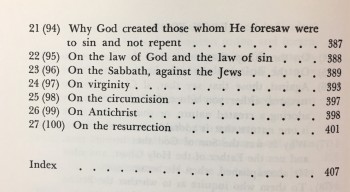 Saint John of Damascus: Writings (Fathers of the Church - Vol 37)

By: John of Damascus aka John Damascene; Translator-Frederic H. Chase

Previous owner's stamp on inside front cover. Highlighting observed in text on only 2 pages. Binding tight and square. No DJ. . . . . . . . St. John of Damascus (ca. 675-749) is generally regarded as the last great figure of Greek Patrology. Outstandingly important for his support of images in the Iconoclastic Controversy, this priest-monk of St. Sabbas near Jerusalem is known also for his treatment of Christian morality and asceticism (the Sacred Parallels), for a small but precious group of powerful sermons, and even for verse contributions to the Greek liturgy. His reputation rests mainly, however, on one of his latest writings, the Fount of Wisdom. This relatively brief work is called by the late Fr. Chase, its new translator, the first real Summa Theologica; and its most significant section was in fact known, in Latin translation, to Peter Lombard and St. Thomas Aquinas. The first part of the Fount of Wisdom, Philosophical Chapters (Dialectica), goes back to Aristotle mainly and, through Maximus the Confessor, to Plato. Epiphanius is the chief source of Part Two, with its exposition of 103 heresies. The third and most important section of the work, On the Orthodox Faith, is a comprehensive presentation of the teaching of the Greek Fathers on the main doctrines of Christianity, especially the Trinity, Creation, and the Incarnation. But what emerges is not a compilation but rather a synthesis, marked by originality in the mode of treatment and by a remarkable clarity of expression. In all three of its parts the Damascene's Fount of Wisdom is an indispensable aid to the study of the Greek Christian tradition.

A Wreck on the Road to Damascus: Innocence, Guilt and Conversion in Flannery O'Connor

Saint John of Damascus: Writings (Fathers of the Church - Vol 37)